Ques 1: Define nutrition? What are the different modes of nutrition?Ans: Nutrition is the process of intake, as well as utilization of nutrients by an organism. The different modes of nutrition are saprophytic nutrition, parasitic nutrition and holozoic nutrition.Ques 2: What is the mode of nutrition in fungi?Ans: Saprophytic nutrition is the mode of nutrition that is seen in fungi.Ques 3: Name the pigment, which can absorb solar energy.Ans: Chlorophyll is the pigment, which can absorb solar energy.Ques 4: Name the two stages in photosynthesis.Ans: The two stages in photosynthesis are(i) Light reaction and(ii) Dark reaction.Ques 5: Name the factors, which affect photosynthesis.Ans: The factors which affect photosynthesis, are light, water, temperature, humidity, age of the leaf and carbon dioxide.Ques 6: Define a herbivore and a carnivore.Ans: The animals that feed only on plants are called herbivores.The animals that feed only on flesh are called carnivores.Ques 7: How does amoeba engulf its food?Ans: Amoeba engulfs its food by extending pseudopodia. This process is known as Phagocytes.Ques 8: Name the parts of the digestive system of a grasshopper.Ans: The parts of digestive system of a grasshopper are pharynx, salivary glands, hepatic caeca, malpighian tubules, ileum, colon, rectum and anus.Ques 9: What are the functions of the liver and the pancreas?Ans: The liver secretes bile, which contains bile pigments and bile salts. The bile secreted by the liver cells is normally stored in the gall bladder, until needed in the duodenum. Pancreas lie parallel to and beneath the stomach. It is a large gland, which secretes digestive enzymes as well as the hormones, insulin and glucagons. Both bile and pancreatic juice enter duodenum through a common duct. Bile emulsifies fat present in the food. Pancreatic juice contains trypsin, for digesting proteins and pancreatic amylase for the breakdown of starch. 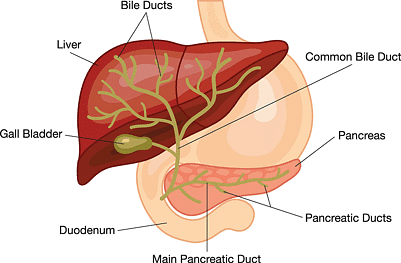 Ques 10: Define breathing.Ans: Breathing is a process by which organisms inhale oxygen. The inhaled oxygen gets diffused into the blood and the carbon dioxide from the blood diffuses back into the alveoli from where it is exhaled.Ques 11: How is respiration different from breathing?Ans: Respiration is a complex process, which includes breathing, the mechanism of exchange of gases,oxygen and carbon dioxide and oxidation of digested food occurring in the cells in order to release energy. The main outcome of respiration is the release of energy through oxidation of simple food molecules such as glucose.Ques 12: In which kind of respiration is more energy released?Ans: In aerobic respiration more energy is released.Ques 13: Which part of the roots is involved in exchange of respiratory gases?Ans: Root hair is the part of the root which is involved in exchange of respiratory gases.Question-14 What are (i) stomata (ii) lenticelsAns: (i) Stomata are tiny apertures found on the surface of the leaf, which regulate the exchange of respiratory gases and transpiration.(ii) Lenticels are the raised pores in the woody plants that allow the exchange of gases between the atmosphere and the internal tissues.Ques 15: Give two points of differences between respiration in plants and respiration in animals.Ans: The respiration in plants differ from respiration in animals in two respects, they are(i) There is minimal transport of gases from one part of the plant to another, unlike the animals.(ii) Plant respiration occurs at a much slower rate than animal respiration.Ques 16: Name the respiratory organs of(i) fish(ii) mosquito(iii) earthworm(iv) dogAns: The respiratory organs of(i) fish – gills(ii) mosquito – tracheoles(iii) earthworm – skin(iv) dog – lungs.Ques 17: From where do the following take in oxygen?(i) prawn(ii) rat.Ans: (i) Prawns take in oxygen that is dissolved in water.(ii) Rat takes in oxygen from the atmosphere.Ques 18: State the function of epiglottis.Ans: Epiglottis prevents the food from entering into the trachea.Ques 19: Define photolysis.Ans: The phenomenon of breaking down of water in the illuminated chloroplast is known as photolysis.Ques 20: What are the living organisms that cannot make their own food called?Ans: The living organisms that cannot make their own food called heterotrophs.Ques 21: What are chemotrophs?Ans: Chemotrophs are organisms, which do not require light. They manufacture their food from inorganic substances in the presence of energy derived from the oxidation of simple inorganic compounds of iron, sulphur, etc.example- bacterium Nitrosomonas.Ques 22: What is compensation point?Ans: The compensation point is the amount of light on the light curve where the rate of photosynthesis exactly matches the rate of respiration.At this point, the uptake of CO2 through photosynthetic pathways is exactly matched to the respiratory release of carbon dioxide, and the uptake of O2 by respiration is exactly matched to the photosynthetic release of oxygen. This point is reached during early mornings and late evenings.