Q1: Differentiate between nutrients and nutrition.

Ans : Carbohydrates, proteins, fats, vitamins and minerals are essential components of food, these components are called nutrients, but Nutrition is the mode of taking food by an organism and its utilisation by the body. 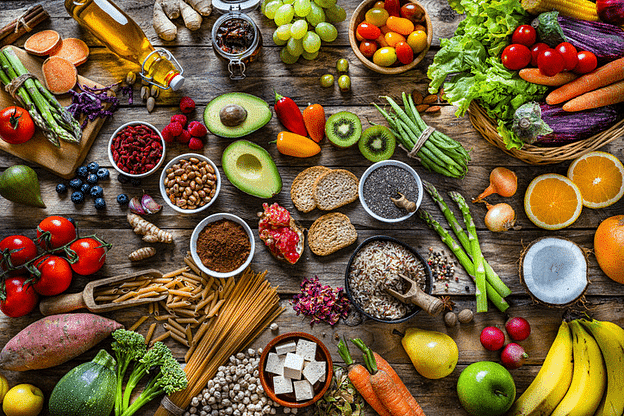 Q2: Differentiate between autotrophs and heterotrophs.

Ans : Leaves are called food factory of plants, as the synthesis of food takes place in leaves of plants. Water and minerals present in soil are absorbed by roots and transported to leaves via stem. Carbon dioxide from air is taken in through tiny pores on surface of leaves called stomata. 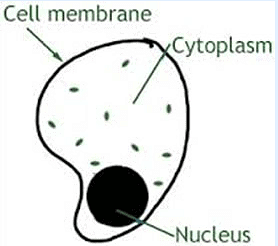 Q5: How water and minerals are transported to leaves from roots?

Ans : There are vessels inside a plant which run like pipes throughout the root, stem branches and leaves, by going through these vessels water and minerals are transported to leaves from roots.

Ans : Chlorophyll is the green colour pigment which helps leaves to capture energy from sunlight to carry out the food making process of plants by the leaves.

Q7: Explain the role of chlorophyll in the process of photosynthesis.

Q8: Define photosynthesis along with the equation for the same.

Ans : Photosynthesis is the food manufacturing process of green plants containing chlorophyll, in presence of sunlight, with the help of carbon dioxide and water to synthesise carbohydrates. The equation for the process is as follow:Carbon dioxide + water —————> carbohydrate + Oxygen

Q9: Draw a labelled diagram showing the process of photosynthesis. 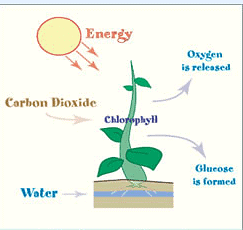 Q10: Draw diagram of a leaf showing chlorophyll, and stomata in it. 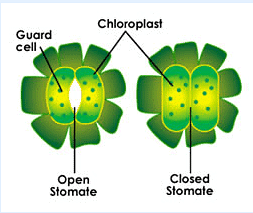 Q11: What is the function of stomata in leaf of a plant?

Ans : Stomata are the tiny pores present on the surface of leaves which helps in exchange of gases, the pores in stomata are surrounded by guard cells.

Q12: Draw a diagram of stomata showing guard cells in it. 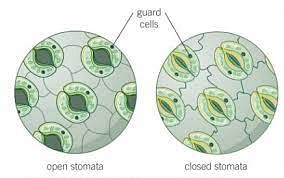 Q13: How would you test the presence of starch in leaves?

Q14: How humans and animals are directly or indirectly dependent on plants?

Ans : Living organisms need food to build their bodies, to grow, to repair damaged parts of their bodies and provide with energy to carry out life processes.

Q16: Whether food is made in all parts of a plant or only in certain parts? Explain.

Q18: What is the cell membrane?

Q19: What are the main requirements of photosynthesis?

Ans : Chlorophyll, sunlight, carbon dioxide and water are necessary to carry out the process of Photosynthesis.

Q20: Why colours of algae are green?

Ans : Algae contain chlorophyll which gives them green colour and because of chlorophyll it can also prepare their own food by photosynthesis.

Q21: What are the main components presents in carbohydrates?

Ans : The main components presents in carbohydrates are carbon, hydrogen and oxygen.

Q22: From where do the plants obtain nitrogen?

Q23: What do you mean by parasitic nutrition?

Q25: What is saprotrophic mode of nutrition?

Q26: What do you understand by symbiotic relationship present in some organism?

Q27: How nutrients are replenished in soil?

Ans : Nutrients are replenished in soil by following ways:

Q28: What do you mean by Symbiosis?

Q29: What is the role of leguminous plants in replenishing soil fertility?

Q30: Distinguish between a parasite and a saprotrophs. 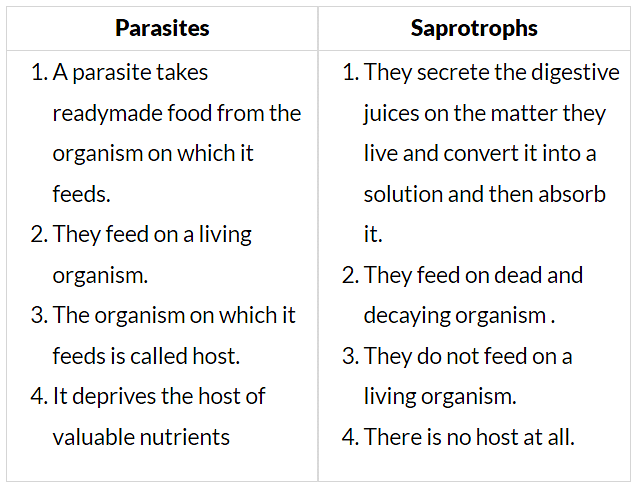 Q31: Explain how Pitcher plants get their nutrition?

Ans : When an insect lands in the pitcher, the lid closes and the trapped insect gets entangled into the hair. The insect is digested by the digestive juices secreted in the pitcher.

Q1: Sun is called the ultimate source of energy for all living organisms. Comments.

Ans : The solar energy is very important to carry out the process of photosynthesis, it is captured by the leaves and stored in the plant in the form of food. And this in turn use by other organism to get food to obtain energy Thus, we say that sun is the ultimate source of energy for all living organisms.

Q2: Explain the two mode of nutrition in plants.

The document Short & Long Question Answers: Nutrition in Plants Notes | Study Science Class 7 - Class 7 is a part of the Class 7 Course Science Class 7.
All you need of Class 7 at this link: Class 7
Join Course