Ans. (a) Bacteria: Bacteria are single-celled microorganisms. They can survive in all types of environments, ranging from ice-cold climates to hot springs and deserts to marshy lands. Bacteria can be seen under a microscope which enlarges their image from a hundred to a thousand times. They are of spiral shape or rod shape. 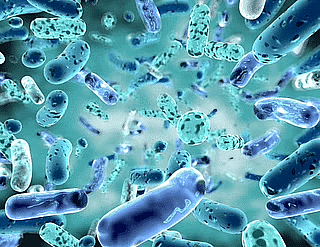 (b) Viruses: Viruses are microscopic infectious agents that act as non-living outside host cells and inside host cells become living and show reproduction. It can affect all kinds of an organism including animals, plants, and bacteria. Common ailments like colds, coughs, and influenza (flu) is caused by viruses; serious diseases like chicken pox and polio are also caused by viruses. 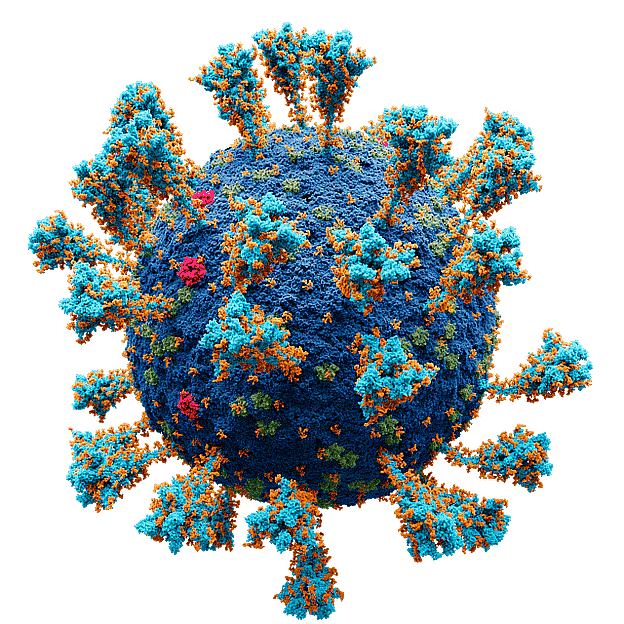 Ans. (a) Protozoa: Protozoa are unicellular animals. Some are free-living, and others are parasites. Several parasitic protozoans cause diseases in human beings, domestic animals, and plants. For example, Plasmodium, a protozoan, causes malaria. 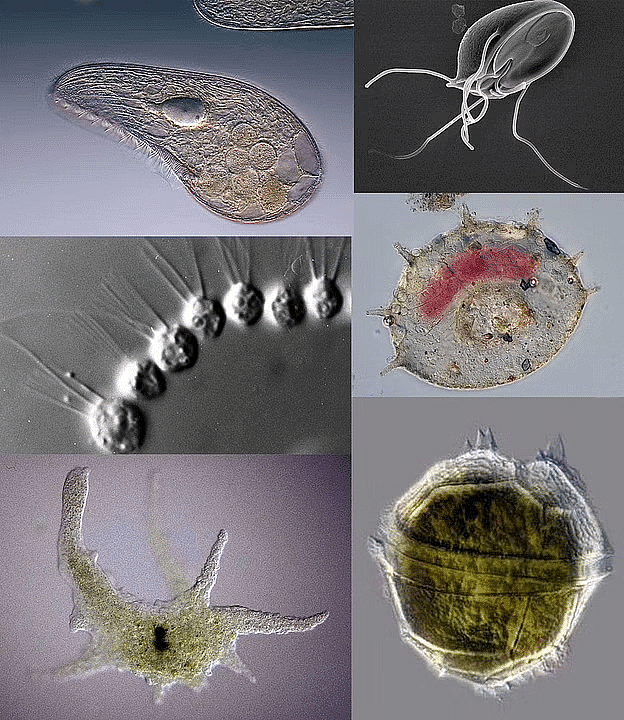 Protozoa(b) Algae: Algae are green substances floating on the surface of a pond, lake, river, stagnant water, moist soil, stones. They tend to grow on wet surfaces. Therefore, they can synthesize their own food. They are found in water or in very moist places. 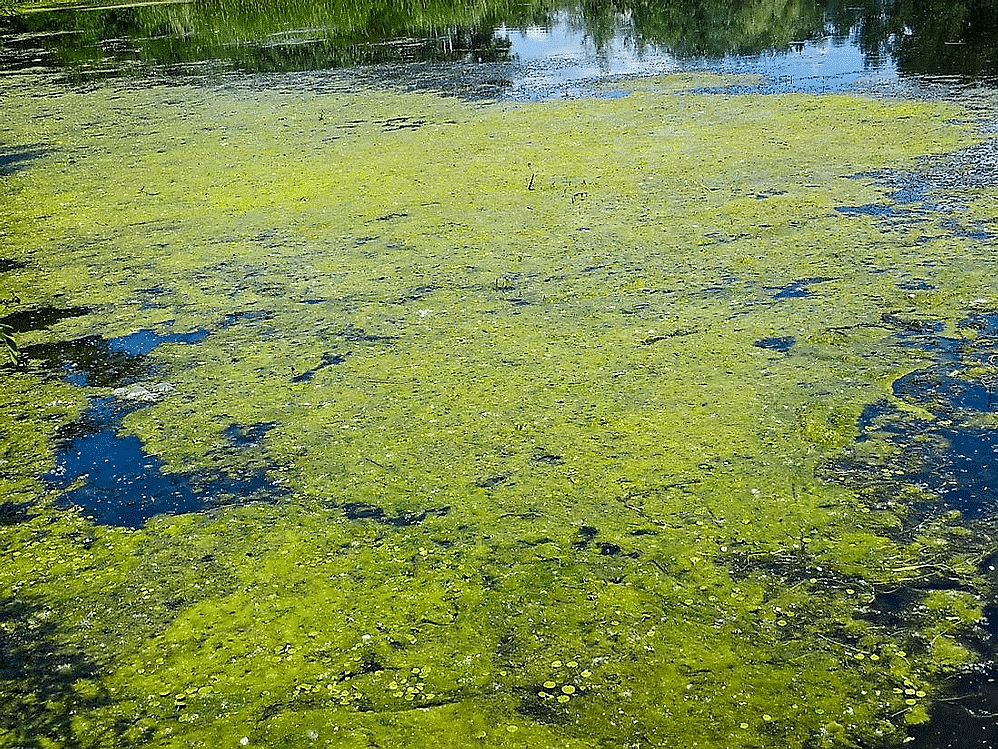 AlgaeQ 3. What do you mean by friendly microbes?

Ans. In agriculture, microorganisms are used to increase soil fertility by nitrogen fixation. The bacterium lactobacillus helps in the formation of curd. Bacteria are used to make cheese. The microorganisms, yeast is used for the commercial production of alcohol and wine. Acetobacter acetic is used for producing acetic acid from alcohol.

Q 5. Why is yeast used in the baking industry for making bread, cakes, and pastries?

Ans. Yeast reproduces rapidly and produces carbon dioxide during respiration. Bubbles of gas fill the dough (a mixture of atta or maida and some sugar and water) and increase its volume. This is the basis of using yeast in the baking industry. 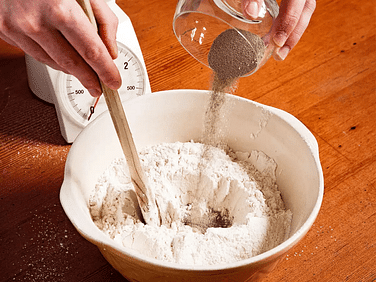 Q 6. Define the process of fermentation and its application.

Ans. Fermentation is the process of food processing in which sugar is converted into alcohol by the action of microorganisms. This process is used to produce alcoholic beverages such as wine, beer, and cider. For this purpose, yeast is grown on natural sugars present in grains like barley, wheat, rice, crushed fruit juices, etc.

Q 7. How are antibiotics related to microorganisms?

Q 8. Why vaccines are important?

Ans. Vaccines produce antibodies in our body to fight against disease-causing microbes entering our body. Diseases like cholera, tuberculosis, smallpox, and hepatitis can be prevented by vaccination, polio drop given to children is also a vaccine.

Q 9. What is the main motto of the pulse polio program?

Ans. The Pulse Polio Initiative was started with the objective of achieving a hundred percent coverage under the Oral Polio Vaccine. It aimed to immunize children through improved social mobilization, plan mop-up operations in areas where poliovirus has almost disappeared, and maintain a high level of morale among the public.

Q 10. Write short notes on the medicinal use of microorganisms.

Q 11. Write short notes on increasing soil fertility by the action of microorganisms.

Ans. Bacteria increase soil fertility through nutrient recycling such as carbon, nitrogen, sulfur, and phosphorus. Bacteria decompose dead organic matter and release simple compounds in the soil, which can be taken up by plants. Nitrogen-fixing bacteria fix atmospheric nitrogen and increase the nitrogen content of the soil, which can be readily absorbed by plants. They also improve soil structure and increase the water-holding capacity of the soil. 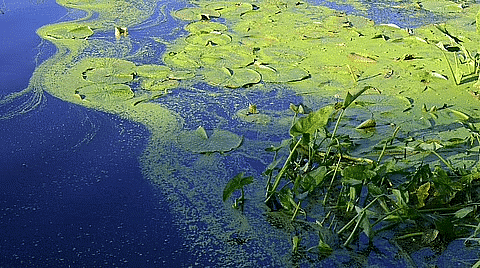 Q 12. How do microbes clean our environment?

Ans. The environment is cleaned up by microorganisms. Dead and decaying plant and animal materials are broken down by them into simpler components that are then consumed by other plants and animals. They are therefore employed to degrade dangerous chemicals.

Q 13. Why are some microorganisms considered harmful?

Q 14. List all possible ways by which pathogens can enter our body.

Ans. Pathogens are disease-causing microbes, which invade our body through openings including the eyes, nose, and mouth through open wounds, urogenital openings, and also through mosquito bites. These pathogens invade the cell and tissue of a host and cause severe infectious disease.

Ans. There are some microbial diseases that can spread from an infected person to a healthy person through the air, water, food, or physical contact. Such a kind of disease is called communicable disease.Example: Cholera, Chickenpox, Tuberculosis.

Q 16. Why we should keep a handkerchief on the nose and mouth while sneezing?

Ans. When a person suffering from common cold sneezes, the fine droplets of moisture containing thousands of viruses are spread in the air, these viruses may enter the body of a healthy person while breathing, thus we should keep a handkerchief on the mouth and nose while sneezing so that viruses do not spread In the air and enter into a healthy person’s body to make him sick. 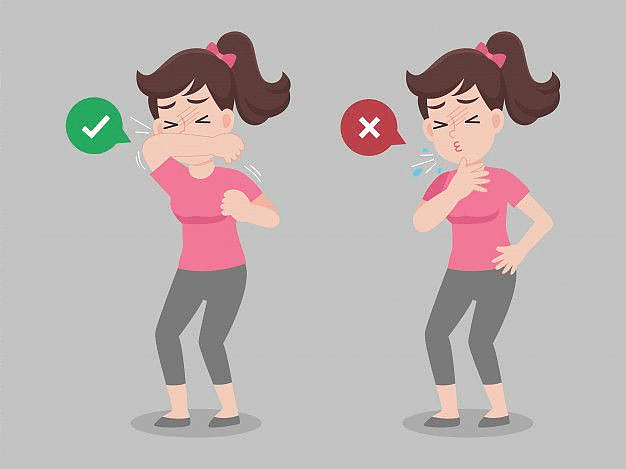 Always sneeze while covering your mouth and nose

Q 17. How do houseflies spread diseases?

Q 18. What are the advantages of sealed air-tight packing for the storage of food items?

Ans. Sealed airtight packets prevent the attack of microbes and protect the food items inside them from getting spoiled and toxic.

Ans. There are some microorganisms that cause disease in animals also. Anthrax is a very dangerous human and cattle disease caused by a bacterium. Foot and mouth disease of cattle is caused by a virus. 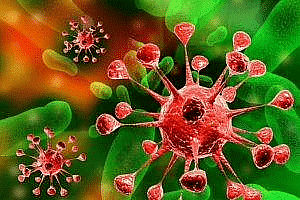 Ans. There are some microorganisms that cause disease in plants like wheat, sugarcane, rice, potatoes, oranges, and apples. Citrus canker disease is caused by bacteria in plants, and rust of wheat disease in wheat plants is caused by fungi. These diseases reduce the yield of crops and can be controlled by using certain chemicals that kill microbes.

The document Short Answer Questions (Part - 1) - Microorganisms : Friend And Foe Notes | Study Science Class 8 - Class 8 is a part of the Class 8 Course Science Class 8.
All you need of Class 8 at this link: Class 8
Join Course