The document Short Notes: Matter In Our Surroundings Notes | Study Science Class 9 - Class 9 is a part of the Class 9 Course Science Class 9.
All you need of Class 9 at this link: Class 9

Particles of matter intermix on their own with each other. They do so by getting into the spaces between the particles. This intermixing of particles of two different types of matter on their own is called diffusion. For Example, Salt in water, Various gases in the air, Ink in water. Diffusion becomes faster on heating. 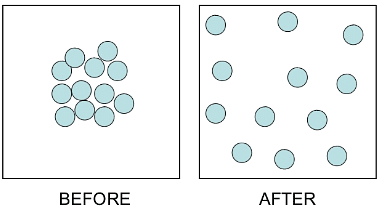 Applications of Diffusion1. Dissolving a solid in a liquid:

Basis of Classification of Matter 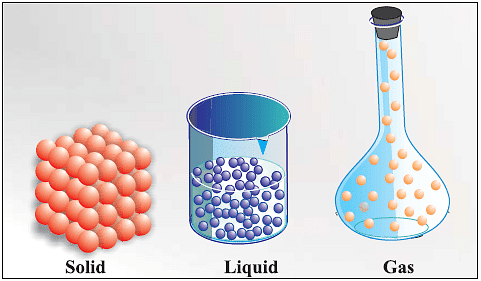 States of Matter can be classified into three categories:1. Solid2. Liquid3. Gases 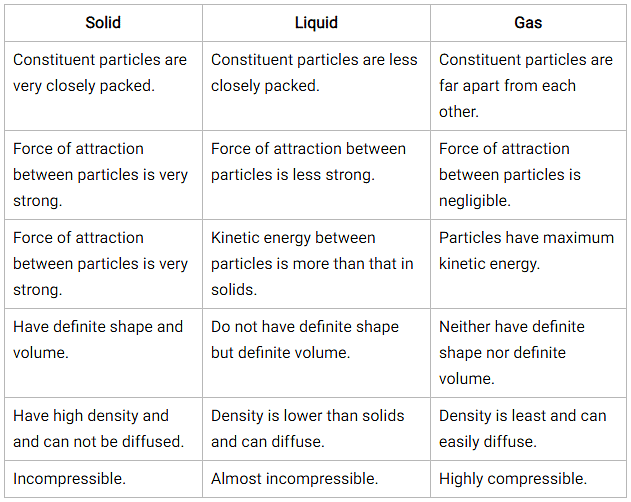 Change of State of Matter

1. Effect of Change of Temperature(a) Solid to Liquid

Fig: Adding energy to a solid can create a liquid

(b) Liquid to Gas

Therefore, by increasing or decreasing the temperature we can change the states of matter into one another. Here is a diagram that sums this up. 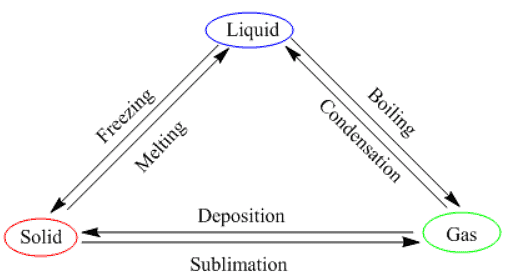 2. Effect of change of pressure

The process of conversion of a substance from the liquid state to the gaseous state at any temperature below its boiling point is called evaporation or vaporisation.

Factors affecting the rate of Evaporation

Evaporation causes CoolingDuring the process of evaporation, the particles of liquid absorb energy or latent heat of vaporisation from the surrounding to get converted to gaseous state. This absorption of energy from the surroundings makes the surroundings cold.Examples: (i) Our palms feel cool when we put some acetone (nail paint remover) on it.(ii) People sprinkle water on their roofs or ground on sunny days to cool the area.(iii) We are able to sip hot tea faster in a saucer than in a cup

Some Important Physical Quantities and their SI Units 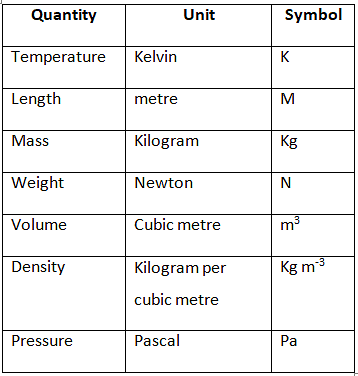 The document Short Notes: Matter In Our Surroundings Notes | Study Science Class 9 - Class 9 is a part of the Class 9 Course Science Class 9.
All you need of Class 9 at this link: Class 9