The decimal expansion of an irrational number is neither terminating nor recurring.

Note: The symbol Z is taken from the German word “Zahlen”, which means “to count”. 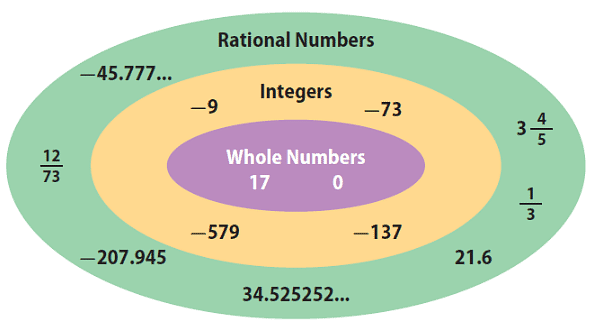 Real Numbers and Their Decimal Expansions

(a) The Decimal Representation of Rational Numbers

Remember(i) The number of digits in the repeating block is always less than the divisor.(ii) The decimal expansion of a rational number is either terminating or non-terminating recurring (repeating).

(b) The Decimal Representation of Irrational Numbers

Note: The process of visualization of representing a decimal expansion on the number line is known as the process of successive magnification.