The document Points to Remember - Rational Numbers Class 8 Notes | EduRev is a part of the Class 8 Course Class 8 Mathematics by VP Classes.
All you need of Class 8 at this link: Class 8 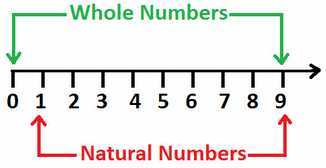 On solving equations like 3x + 5 = 0, we get the solution as x = -5/3. The solution -5/3 is neither a natural number or whole number or integer.This leads us to the collection of Rational Numbers. These are the numbers which can be expressed in x/y form; where y ≠ 0.

Note: The negative of a number is also called its ‘additive inverse’.MULTIPLICATIVE INVERSEIf the product of two rational numbers is 1, then they are called multiplicative inverse of each other.

A number of the form p/q , where ‘p’ and ‘q’ are any integers and q ≠ 0 is called a rational number.