The structure of an atom comprises protons, neutrons and electrons. These basic components provide the mass and charge of the atoms. 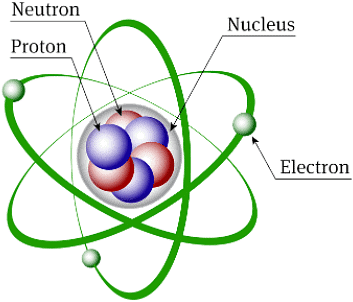 Question for Short Notes: Structure of the Atom
Try yourself:Question 1: Which component of atom has a postive charge?
Explanation

The atom consists of three particles: protons, electrons and neutrons. Neutron has no charge, electron has negative charge and proton has positive charge. Hence, the answer is proton.

Thomson's model of an Atom 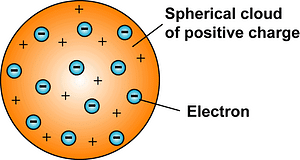 Rutherford's Model of an Atom 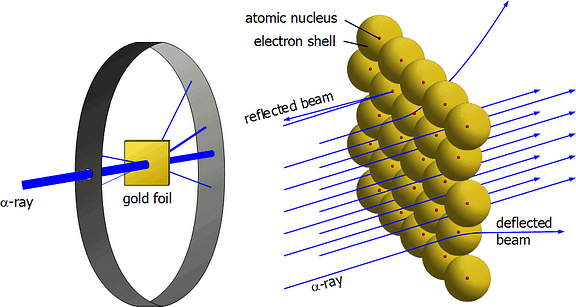 Conclusions made by Rutherford 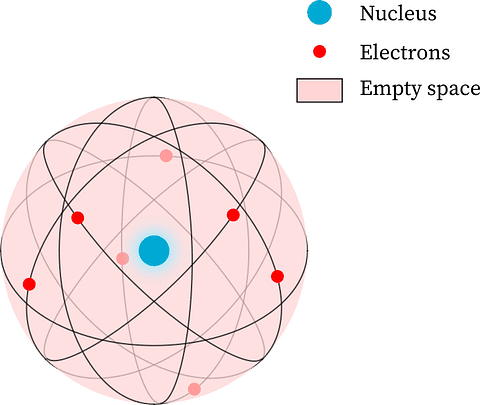 Drawbacks of Rutherford's model of the atom

In the now well-known alpha scattering experiment, alpha particles were observed to scatter backwards from a gold foil. Rutherford's explanation, which he published in May 1911, was that the scattering was caused by a hard, dense core at the center of the atom–the nucleus. 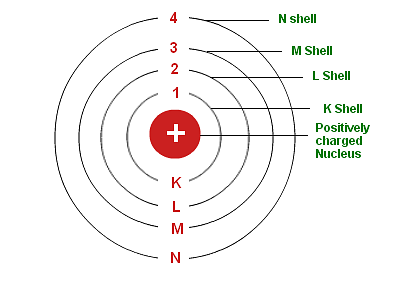 Drawbacks of Bohr's Model of Atom

Distribution of Electrons in Different Orbits

Example: maximum number of electrons present in n = 1 are 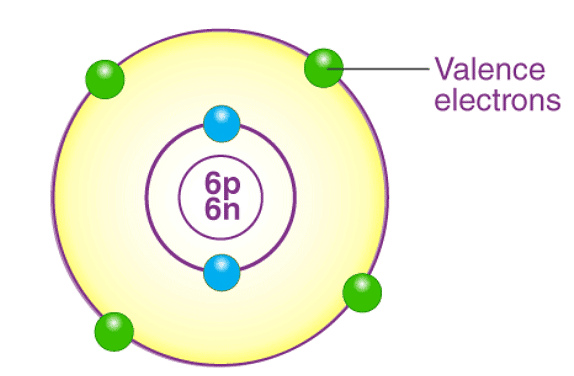 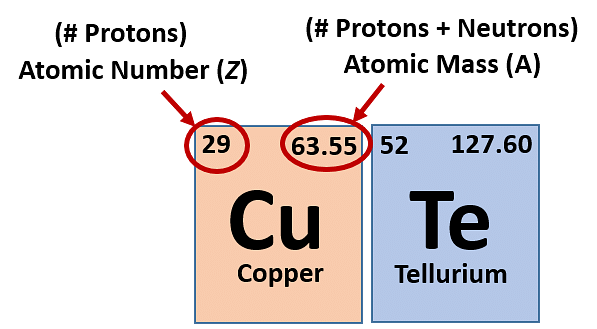 An element is represented by AXZ, where Z is atomic number which is also equal to number of proton, A is mass number and X is symbol of the element. Mass number (A) = Number of protons (Z) + Number of neutrons.

Question for Short Notes: Structure of the Atom
Try yourself:Question 3: The number of electrons in an element X is 15 and the number of neutrons is 16. Which of the following is the correct representation of the element?
Explanation

An element is represented by AXZ, where Z is atomic number which is also equal to number of proton, A is mass number and X is symbol of the element. Mass number (A) = Number of protons (Z) + Number of neutrons.

Given that the number of neutrons = 16.

Number of protons = Number of electrons = 15

Therefore, representation of element is  31X15

Ques. How hydrogen atom is different from atoms of all other elements?

Ans. All the atoms are made up of three subatomic particles: electrons, protons and neutrons. Hydrogen atom is made up of only one electron and one proton. It does not contain any neutron. So, it is different from atoms of all other elements.

Ques. What is mass number?

Ans. Mass number of an element is the sum of number of protons and neutrons present in the atom of the element.

Mass number = No. of protons + No. of neutrons.

Example: Hydrogen atom has 1 proton but 0 neutron thus the mass number of H is 1.

The mass number of an element is denoted by the letter A. Protons and neutrons present in a nucleus, together known as nucleons.

Ques. What are the general features of isotopes?

Ans. The general features of isotopes are as follows:

5. Due to difference in the nuclear structure (i.e., number of neutrons), they have different nuclear properties, e.g., C-14 isotope is radioactive whereas C-12 isotope is non-radioactive.

Ans. Some atoms of different element have different atomic number and different mass numbers but they have same number of neutrons. These atoms are known as isotones.

Both C and O have same number of neutrons i.e. 8.

The document Short Notes: Structure of the Atom - Notes | Study Science Class 9 - Class 9 is a part of the Class 9 Course Science Class 9.
All you need of Class 9 at this link: Class 9
Attempt Now
Join Course