The document Short and Long Question Answers - Globe Latitudes and Longitudes Class 6 Notes | EduRev is a part of the Class 6 Course Social Studies (SST) Class 6.
All you need of Class 6 at this link: Class 6

Q.1. Why is Frigid Zone very cold?Ans. It lies close to poles. In this zone the sun does not rise much above horizon. Its rays are always slating and provide less heat. That is why this zone is very cold.Q.2. What are Latitudes & longitudes?Ans. Parallels of latitudes: All parallel circles from the equator up to the poles are called parallels of latitudes.Longitude is the invisible vertical line that runs around the Earth from North to South. The Prime Meridian is where its coordinates are 0°. 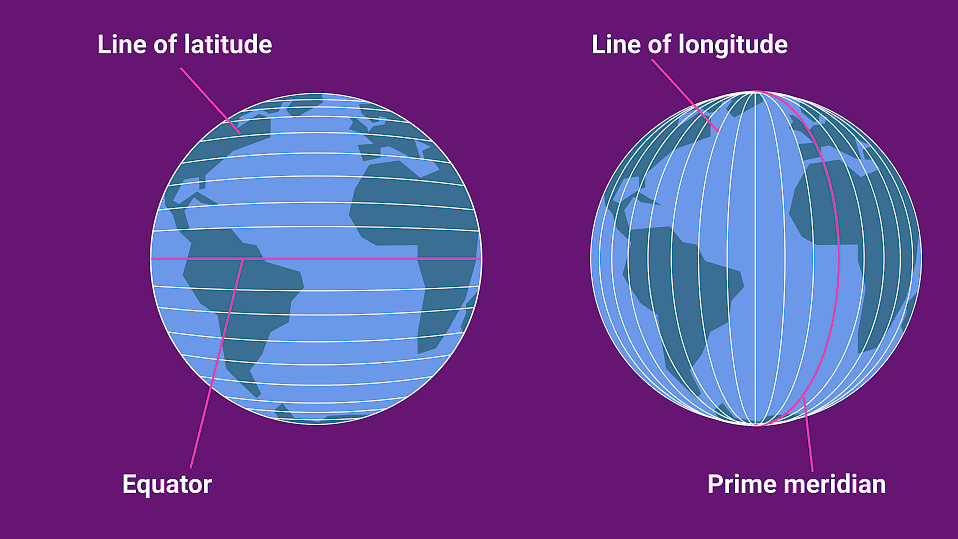 Q.3. What is the difference between the local time and standard time of a place?Ans. Local Time: Local time is the real time of a place according to its corresponding longitudes. Every place has its unique local time. Places having the same meridian of longitude have the same local time.Standard Time: Standard time of a place is the time of that time zone in which that place lies. In countries with large east west extant variations in local time present; to overcome this problem standard time of specific time zone is taken as standard time of that place.Q.4. Why is it necessary to have standard time?Ans. Standard time is necessary because:(i) The different meridian’s having different time is likely to create problems for trains & flights.(ii) To maintain uniformity in the country and the world.Q.5. If a person goes from west longitudes to east longitude he need to (a) Increase time in his watch(b) Decrease time in his watchAns. (b) Decrease time in his watch.Q.6. Suppose the time at 30° east is 2 p.m. then what is the time at Greenwich?(a) 2 p.m. (b) 12 p.m. (c) 1 p.m. (d) Cannot findAns. (b)Solution: Earth moves 360° in 24 hours,So 15° in an hour and 1° in four minutes30° east means 30 × 4 = 120 minutes ahead of GreenwichSo where at 30° east time is 2 p.m.So at Greenwich time = 2 pm – 2 hours = 12 p.m.Q.7. How have 90 latitude been calculated in each hemisphere?Ans. The equator represents the zero degree latitude. Since the distance from the equator to either of the poles is one-fourth of a circle round the earth, it will measure 1/4th of 360 degrees, i.e. 90°.Q.8. Draw a diagram of a grid?Ans. 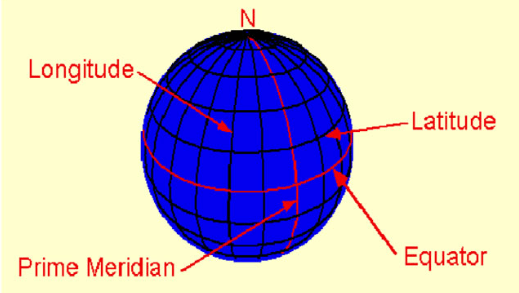 Q.9. Define a globe.Ans. A globe is a true model of the earth.Globe: A globe is a model of the Earth that shows the Earth’s shape, lands, oceans distances and directions as they relate t one another trulyQ.10. What is Prime Meridian?Ans. The Meridian which passes through Greenwich, where the British Royal Observatory is located is called the Prime Meridian. Its value is 0o longitude.Q.11. What follows the value of the Latitude?Ans. The value of Latitude is followed by N(for North) or S(for South).Q.12. Distinguish between parallels of latitudes and meridians of longitudes.Ans.

Q.13. How we can calculate time using longitudes?Ans. 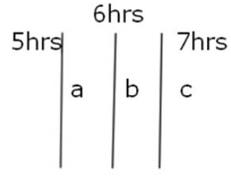 Q.14. Why do places beyond Tropics have moderate temperature?Ans. The mid–day sun never shines overhead on any latitude beyond the tropics. The angle of the sun rays goes on decreasing towards the poles. As a result, the places between tropics to Arctic Circle and to Antarctic Circle have moderate temperature.Q.15. How latitude and longitude is expressed?Ans. Latitudes and longitudes are expressed in degrees. However, the increments of less than one degree can be expressed as a decimal or minutes and seconds. There are 60 minutes in a degree and 60 seconds in a minute. Longitudes can be written with an E or W for east or west. Latitudes have N or S for north or south.Q.16. Why is latitude and longitude useful?Ans. Usefulness of Longitude and Latitude 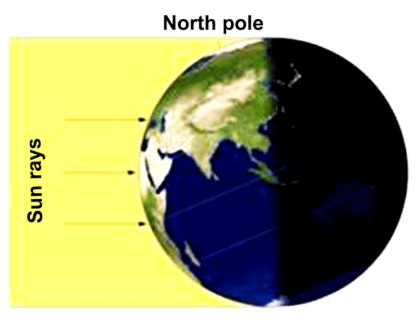 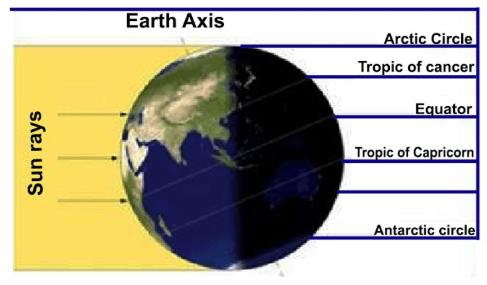 Q.1. Why is it necessary to have standard time? Also define Indian Standard Time (IST).Ans. It is necessary to have a standard time because:(a) Different meridians have different time, which makes it difficult to prepare a time table for trains and flights.(b) It helps to maintain uniformity of time in the country and the world.For Example:Indian Standard Time: In India, the longitude of 82o 30'E is treated as the standard meridian and the local time at this meridian is taken as the standard time for the whole country. It is known as Indian Standard Time (IST).Q.2. Which meridian is taken as a standard meridian for India and why?Ans. This is because India is a vast country and has a great difference in sunrise timing along West in Gujarat and East in Arunachal Pradesh. There is a time difference of 1 hour and 45 minutes. Hence, it is necessary to have a specific time all over the India which is done by taking Standard Meridian of India at 82.30º East at the Tropic of Cancer passing through the middle of India. To avoid such confusion and to have same time all over the country, we have taken a standard meridian.Q.3. What are the advantages of a Globe?Ans. Advantages of the Globe