Short and Long Question Answers - What, Where, How & When? Class 6 Notes | EduRev

Class 6 : Short and Long Question Answers - What, Where, How & When? Class 6 Notes | EduRev

The document Short and Long Question Answers - What, Where, How & When? Class 6 Notes | EduRev is a part of the Class 6 Course Social Studies (SST) Class 6.
All you need of Class 6 at this link: Class 6

Ques 1: Why did the Magadh Empire flourished on the banks of river Ganga and river Son?

Ans: This was possible because the rivers facilitated quick transportation system and hence quite effectively helped the trade to flourish. This encouraged the rural people to come to these areas and settle down. Moreover rivers provided a kind of natural defence and the kingdom was able to strengthen its position due to the availability of iron ore in the region.

Ans: Archaeology is the science that studies human cultures through the recovery, documentation, analysis and interpretation of material remains and environmental data, including architecture, artifacts, features, biofacts and landscapes.

Ques 3: How did India get its name?

Ans: India got its name from river Indus by Persians and Iranians.Indus is called Sindhu in Sanskrit. While the Arab traders gave the name Hindustan to the land beyond Indus.

Ques 4: What are tributaries? Give example.

Ans: Tributaries are smaller rivers that flow into a larger river, e.g. river Son is a tributary of river Ganga. 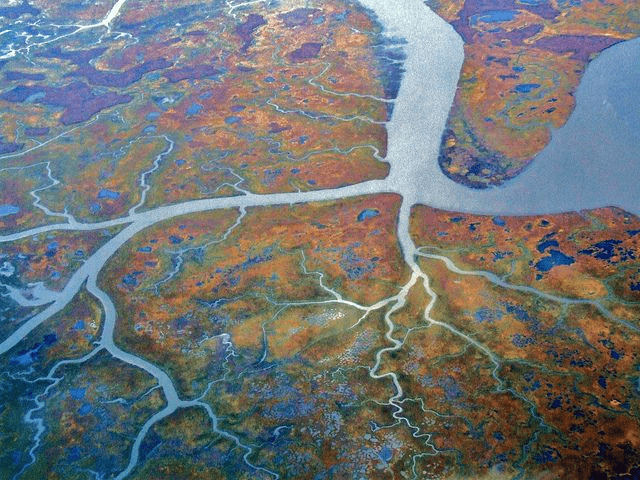 Ques 5: Discuss why it is important to study our past?

Ans: It is important to study about our past. It gives a lot of information regarding the political, social, economic and cultural life of the people in the earlier days. By studying about our past:

Ques 8: Who are archaeologists and what do they do?

Ans: The people who systematically study things that were made and used in the past through process of exploration and excavation are called archaeologists. They study the remains of buildings made of stone & brick, paintings & sculpture. They also explore and excavate (dig under the surface of the earth) to find tools, weapons, pots, pans, ornaments, coins and various other articles used by them. Then they analyse their findings to give a new theory.

Ques 9: Why did ancient men & women move to different places?

Ans: Men & women travelled from one place to another for the following reasons:

Ques 10: What was the occupation of the people who lived on the banks of the river Narmada?

Ans: People have lived along the banks of river Narmada for several hundred thousand years. They were skilled gatherers. They were aware of the vast wealth of the forest around them. They collected roots, fruits and other forest products for their food from these surrounding forests. They also hunted animals.

Ques 11: What is a source? What is its importance to the historians?

Ans: The word source refers to the information found from the manuscripts, inscriptions, coins and monuments. It helps the historians in the reconstruction of our past. These sources give a lot of information about the kings, their coronation, their extent of the empire, the battles they fought, their welfare measures etc. because they kept records of all what they did.

Ques 12: How do the scholars understand what is written in the inscriptions?

Ans: The scholars understand what is written in these inscriptions through the process called decipherment. Most of these inscriptions were written several hundred years ago and languages and the script used in the inscriptions have changed with time. One good example of decipherment is of the Rosetta stone found in Egypt which was used to decipher ancient Egyptian using Greek language.

Ques 13: What was the advantage of writing on a hard surface?

Ans:In the earlier times, writings were done on relatively hard surface such as backed clay, stone or metal. Since these objects were imperishable these writings usually survived for a long time.

Ques 14: Why is South Asia often called a sub-continent?

Ans: South Asia is often called a sub-continent because although it is smaller than a continent, it is very large and is separated from the rest of Asia by seas, hills and mountains. It is a home to over one-fifth of the world’s population.

Ques 15: What language and script is used in the inscriptions found from the Rosetta town?

Ans: Three different languages and scripts were used in the inscriptions found from the Rosetta town. These were Greek and two forms of Egyptian.

Ques 16: Where did the earliest cities flourish?

Ques 17: How did the archeologists find out about the eating habits of the people in the past?

Ans: Archaeologists studied the bones of animals, birds and fish to identify the eating habits of the people in the past. Although plant remains survive far more rarely. But if seeds of grains or pieces of woods would have been burnt, they would have survived in a charred form. So finding charred seeds give information that they ate plant produce also.

Ans: Manuscripts are a very important source to know about our past. They were usually written on the palm leaf or on the bark of a tree, by hand. The palm leaves or the bark of a tree were cut into pages and tied together to make books. These books deal with varied subjects such as, science, medicine, religious beliefs and practices and lives of kings. Besides, there were epics, poems and plays. The language used in the manuscripts was Sanskrit, Prakrit and Tamil.

Ques 19: Why is the plural word ‘Pasts’ used in the title of this book, ‘Our Pasts’?

Ques 20: How do we know a great deal about the kings and the battles they fought?

Ans: We know a great deal about the kings and the battles they fought because they kept records of what they did, such as, about their lives, victories, marriages, coronation to the throne etc

Ques 21: State an important difference between a manuscript and an inscription.

Ans: An important difference between an inscription and a manuscript is the surface on which they are written. Inscriptions are engravings on hard surfaces while manuscripts are handwritten books, which are usually written on palm leaves or the bark of a tree.

Ques 1: List the skill and knowledge that was required in hunter- gatherer communities?

Ans: The skills and knowledge needed in hunter - gatherer communities were:

Ques 2: Why do historians and archaeologists use various sources to study about our past?

Ans: Archaeologists and historians are scholars who study things that were made and used in the past through the process of excavation. Manuscripts, inscriptions, tools, coins, monuments are the source of information used by these scholars to know about the past of the people. Once these sources are found, learning about the past becomes an adventure, and gradually history is reconstructed. That is why historians and archaeologists use various sources to study about our past.