If one of the inputs A or B is grounded, current flows through the diode and the output node C is at a low voltage. The only way to get a high output is by having both inputs high. This circuit is equivalent to logical AND function. 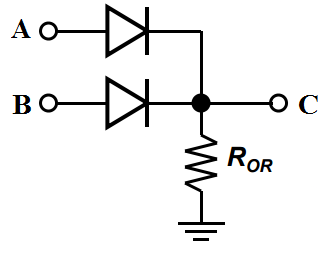 If one or both of the inputs A and B are high, current flows through the associated diode and the output node C at a high voltage. It is equivalent to OR Gate.

Diode network that have the ability to clip of a portion of the input signal without distorting the remaining part of the alternating waveform is known as Clipper.There are two general categories of clippers 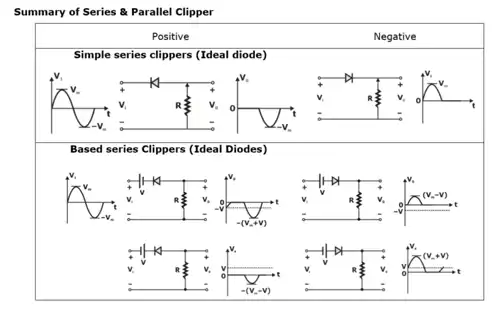 The clamping network is one that will clamp a signal to a different dc level. The network consist of a capacitor, a diode and a resistor element and an independent dc supply to introduce on additional shift.The magnitude of R and C must be chosen such that the time constant τ = RC is large enough to ensure that the voltage across the capacitor does not discharge significantly during the interval the diode is non conducting.There are basically two type of clamper: 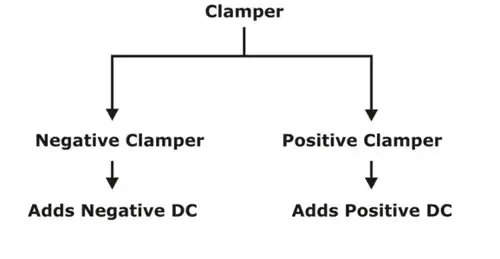 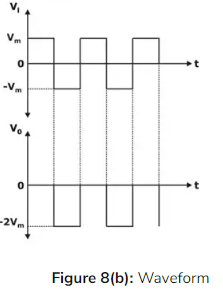 When the input is positive, diode operates in forward bias and capacitor charge through diode. If diode is ideal it behaves as short circuit and therefore capacitor charge upto the peak input Vm.When input becomes negative, capacitor should discharge but discharge path is not available so capacitor voltage will continue to remain Vm. Therefore, once capacitor is fully charged its voltage Vm irrespective of the input being positive or negative.Applying KVL–Vi + Vm + V0 = 0V0 = Vi – Vm= Vi + (– Vm)Hence circuit adds dc voltage of –Vm. So, the output will be a square waveform for given input whose value varies from 0 to – 2Vm.Positive peak of output waveform touches 0V level or positive peak gets clamped to 0V. Since a negative clamper is clamping positive peak to 0V so it is called positive peak clamper.NOTE: If diode has cut in voltage Vγ then it should be replaced with series connection of ideal diode and battery Vγ. 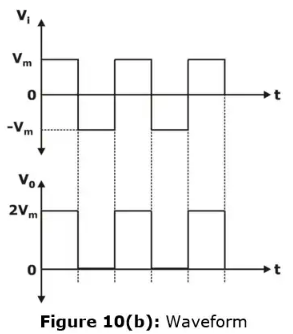 Example: In the circuit shown in figure dc value at the output is?