The document Social Science Sample Paper - 2 Class 7 Notes | EduRev is a part of the Class 7 Course Sample Papers For Class 7.
All you need of Class 7 at this link: Class 7

Ques 1: Where are Pampas found?Ans: ArgentinaQues 2: What is the Brihad dharma Purana?Ans: It is a thirteenth century Sanskrit text from Bengal.Ques 3: What are religious biographies called?Ans: HagiographyQues 4: What was Kharaj?Ans: Kharaj was the tax on cultivation, which was about 50 percent of the peasants produce.Ques 5: What is known as a living document?Ans: The Indian ConstitutionQues 6: Which National Highway connects Leh to Kashmir?Ans: The National Highway 1A connects Leh to Kashmir Valley through the Zojila Pass.Ques 7: Why was it important for the Mughal to recruit mansabdars from diverse background and not fust Turanis and Iranis?Ans: The Mughal Empire expanded to different regions. Hence, it was important to Mughals to recruit diverse bodies of people in order to make common men comfortable with them. Apart from Turanis and Iranis, now there were mansabdars from Indian muslims, Rajputs, Marathas and other groups.Ques 8: What is the reason of rise of wool industry in the Velds?Ans: Sheep rearing is the most important occupation in the Velds. Marino sheep is a popular species and their wool is very warm. People of this region are mostly engaged in this activity. This has given rise to wool industry there.Ques 9: What kind of irrigation works were developed in the Tamil region?Ans: In Tamil Nadu, a variety of methods were used for irrigation during fifth and sixth century. In some areas wells were dug. In other places huge tanks were constructed to store rainwater. The kings themselves and villagers participated in organizing labour and resources and extensive planning.Ques 10: Distinguish between rainfall and snowfall.
Ans:

Ques 11: What is the general belief of most societies regarding men and women?Ans: (i) We learn that most societies value men and women differently.(ii) The roles women play and the work they do are usually valued less than the roles men play and the work they do.(iii) We also learn that inequalities between men and women exist in the area of work.Ques 12: (i) The full form of MLA is Member of:(A) Law Authority(B) Legal Arm(C) Legislative Assembly(D) Legislative ArmAns: Legislative AssemblyQues 13: (ii) The head of the state is the:(A) Governor(B) MLA(C) Chief Minister(D) MinistersAns: GovernorQues 14: (iii) The head of the State Government is:(A) Governor(B) MLA(C) Chief Minister(D) MinistersAns: Chief MinisterQues 15: Mention the changes which took place along with the rise of the Rajputs.Ans: (i) Along with the rise of Rajputs, many tribes became part of caste system with the help of Brahmanas.(ii) Only the leading tribes could join the ruling class. Majority of them joined lower jatis.(iii) Various dominant tribes of Punjab, Sind and North- West Frontier adopted Islam and rejected the caste system. The unequal social order of orthodox Hinduism wasn?t acceptable to them.Ques 16: From where does the word branding originates? What is brand value?Ans: Branding comes from cattle grazing. The cattle of different owners got mixed in ranches. To identify the cattle?s, their owners started to mark their cattle with the owner?s sign with hot iron, this was called branding. Brand value refers to the identification associated with a product created through the process of advertisement.Ques 17: What is the importance of neighbourhood shops?Ans: Shops in our neighborhood are useful for us in many ways.(i) They are near our home.(ii) We can go there on any day of the week and at any time.(iii) Usually the buyer and seller know each other.(iv) These shops also provide goods on credit.Ques 18: How does nature balance our life? What is the result if this balance is disturbed?Ans: Green plants use carbon dioxide to make their food and release oxygen. Humans or animals release carbon dioxide. The amount of carbon dioxide released by humans or animals seems to be equal to the amount used by the plants which make a perfect balance. But this balance is disturbed by burning of fuels, which add billions of tons of carbon dioxide in the atmosphere. As a result, the increased volume of carbon dioxide is affecting the earth's weather and climate.Ques 19: How has satellite transformed our life?Ans: Satellite has transformed our lives in numerous ways, namely:(i) Satellites have made communication faster.(ii) Satellites have helped in oil-exploration, survey of forest, underground water mineral wealth, weather-forecast and disaster warning.(iii) We can send electronic mails through internet, gather worldwide information(iv) Wireless telephonic communications through cellular phones are the need of day.Ques 20: State True or False:
(A) Between 8th and 14th century, the term Kshatriya was used for group of Brahmanas.(B) Muslims had two schools of law Hanafi and Shaft.(C) Science of cartography differed between 12th and 13th century.(D) Status of a jati remained same from region to region.Ans: (A) False(B) True(C) True(D) False

Ques 23: Write the common features of Awadh, Bengal and Hyderabad.
Ans: The three states Awadh, Bengal and Hyderabad had certain common features:
(i) They were all established by the Mughal nobles, They were highly suspicious of some of the administrative system that they had interested in particular, the jagirdari system.
(ii) Their methods of tax collection were different. Rather than relying upon the officers of the state all three regimes contracted with revenue farmers for the collection of revenue
(iii) All these states had relationship with the bankers and the moneylenders. These people lent money to revenue farmers, received land as security and collected taxes from these lands through their own agents.

Ques 24: How did the English traders emerge as most successful commercial and political power of the subcontinent?
Ans: (i) In the sixteenth and seventeenth century, European countries were in search of spices and textiles.
(ii) These commodities had become very popular both in Europe and West Asia.
(iii) The English, Dutch and French formed East India Companies to expand their commercial activities in the East.
(iv) Great Indian traders like Mullah Abdul Ghaffur and Virji Vora owned a large number of ships.
(v) In the beginning, they competed rigidly with them.
(vi) The European companies used their naval power to gain control of the sea trade and forced the Indian traders to work as their agents.
(vii) Eventually, the English emerged as the most successful commercial and political power in the subcontinent. 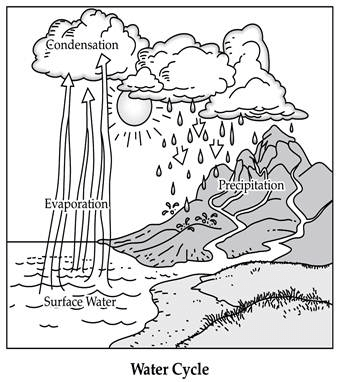