The document Solution of Gravitation (Page No - 125) - Physics by Lakhmir Singh, Class 9 Class 9 Notes | EduRev is a part of the Class 9 Course Class 9 Physics Solutions By Lakhmir Singh & Manjit Kaur.
All you need of Class 9 at this link: Class 9

Question 47:Why does a ship made of iron and steel float in water whereas a small piece of iron sinks in it ? 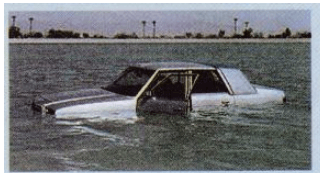 Question 48:Why do camels have large flat feet ? 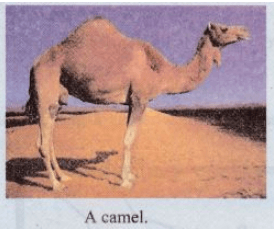 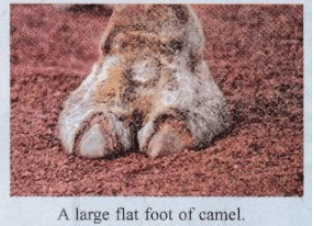 Solution :Camels have large flat feet so that there is a greater area in contact with the sand which produces less pressure on the sand and the camels can move easily on the sand.

Question 49:Name these forces :(a) the upward push of water on a submerged object(b) the force which wears away two surfaces as they move over one another(c) the force which pulled the apple off Isaac Newton’s tree.(d) the force which stops you falling through the floor.Solution :(a) Buoyant force(b) Force of friction(c) Gravitational force(d) Reaction force

If the area is made one-third i.e. 1m2, then the force would be:

Question 52:Calculate the density of an object of volume 3 m3 and mass 9 kg. State whether this object will float or sink in water. Give reason for your answer.Solution :

Question 53:An object weighs 500 grams in air. This object is then fully immersed in water. State whether it will weigh less in water or more in water. Give reason for your answer.Solution :The object will weigh less in water because an upward force (buoyant force) equal to the weight of water displaced acts on the object when immersed in water which reduces its weight apparently.

Question 54:(a) Write down an equation that defines density.(b) 5 kg of material A occupy 20 cm3 whereas 20 kg of materia! B occupy 90 cm3. Which has the greater density : A or B ? Support your answer with calculations.

Question 58:(a) Define pressure.(b) What is the relation between pressure, force and area ? ,(c) Calculate the pressure when a force of 200 N is exerted on an area of:(i) 10 m2(ii) 5 m2Solution :(a) Pressure is the force acting perpendicularly on a unit area of the object. 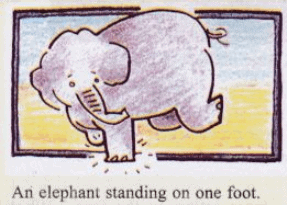 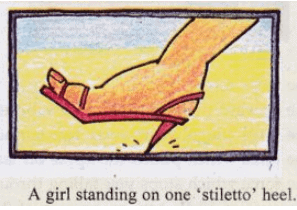 Question 74:A body floats in kerosene of density 0.8 x 103 kg/m3 up to a certain mark. If the same body is placed in water of density 1.0 x 103 kg/m3, will it sink more or less ? Give reason for your answer.Solution :The body will sink less in water. This is because the density of water is more than that of kerosene due to which water will exert a greater upward buoyant force on the body.

Question 76:If a fresh egg is put into a beaker filled with water, it sinks. On dissolving a lot of salt in the water, the egg begins to rise and then floats. Why ?Solution :When a lot of salt is dissolved in water, then the density of salt solution becomes much more than pure water. Due to its much higher density, the salt solution exerts a greater upward buoyant force on the egg making it rise and then float.

Question 78:When a golf ball is lowered into a measuring cylinder containing water, the water level rises by 30 cm3 when the ball is completely submerged. If the mass of ball in air is 33 g, find its density.Solution :Volume of golf ball = rise in water level = 30 cm3

A boy gets into a floating boat.

Solution :a) The boat sinks a little more in water, that is, the boat floats lower in water.b) The weight of water displaced (by the submerged part of the boat) increases.c) The buoyant force acting on the boat increases.