The document Notes | EduRev is a part of the JEE Course JEE Main Mock Test Series 2021 & Previous Year Papers.
All you need of JEE at this link: JEE

Question 1: At what initial speed must the basketball player throw the ball, at 55º above the horizontal, to make the foul shot, as shown in below figure? The basketball rim is 18 in. in diameter. Obtain other data from below figure 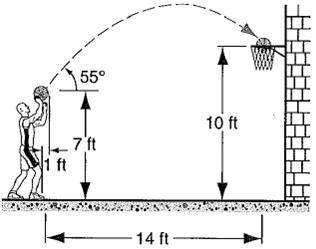 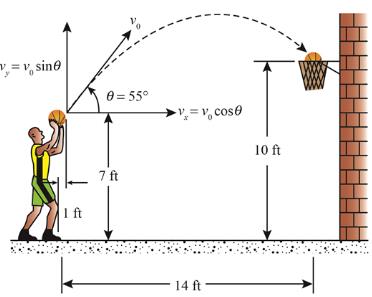 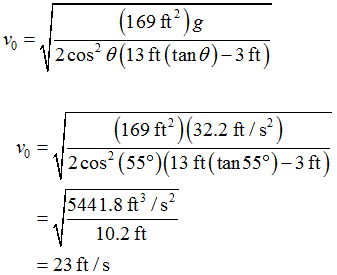 Therefore, the magnitude of initial velocity of the ball is 23 ft/s.

Question 2: A spherical hollow is made in a lead sphere of radius R, such that its surface touches the outside surface of the lead sphere and passes through its center (see below figure). The mass of the sphere before hollowing was M. With what force, according to the law of universal gravitation, will the hollowed lead sphere attract a small sphere of mass m, which lies at a distance d from the center of the lead sphere on the straight line connecting the centers of the spheres and of the follow?  [1946, Olympic, Moscow State University] 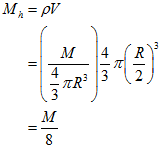 Therefore, the required force from the lead sphere which attract the small sphere is

Question 3: A certain triple-star system consists of two stars, each of mass m, revolving about a central star; mass M, in the same circular orbit. The two stars stay at opposite ends of a diameter of the circular orbit; see below figure. Derive an expression for the period of revolution of the stars; the radius of the orbit is r. 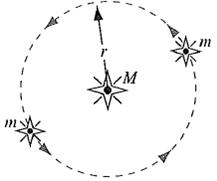