The document Some Practical Questions with Images - Force & Pressure Class 8 Notes | EduRev is a part of the Class 8 Course Science Class 8.
All you need of Class 8 at this link: Class 8

Question1: Give two examples each of situations in which you push or pull to change the state of motion of objects.Answer: 1. Opening or shutting a door

2. A cricket ball hit by a batsman Fig: A batsman
Question 2. Give two examples of situations in which applied force causes a change in the shape of an object.Answer:

1. Rolling a ball of flour dough for making a chapati at home

2. Bursting of an inflated balloon by pressing between the palms. Fig: Rolled ball of flour for making chapati.
Question 3. Fill in the blanks in the following statements: (a) To draw water from a well we have to apply the force of pull at the rope. (b) A charged body attracts or pulls  an uncharged body towards it. (c) To move a loaded trolley we have to either pull it or push it. (d) The north pole of a magnet repels  the north pole of another magnet.
Question 4. An archer stretches her bow while taking aim at the target. She then releases the arrow, which begins to move towards the target. Based on this information fill up the gaps in the following statements using the following terms:

muscular, contact, non-contact, gravity, friction, shape, attraction(a) To stretch the bow, the archer applies a force that causes a change in its shape.(b) The force applied by the archer to stretch the bow is an example of muscular force.(c) The type of force responsible for a change in the state of motion of the arrow is an example of a contact force.(d) While the arrow moves towards its target, the forces acting on it are due to gravity and that due to friction of air.Question 5. In the following situations identify the agent exerting the force and the object on which it acts. State the effect of the force in each case. (a) Squeezing a piece of lemon between the fingers to extract its juice. (b) Taking out paste from a toothpaste tube. 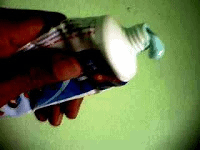 (c) A load suspended from a spring while its other end is on a hook fixed to a wall. 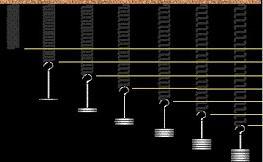 (d) An athlete making a high jump to clear the bar at a certain height. 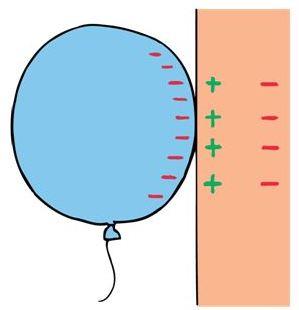 Muscular Force which is being exerted to pull (lift) the weight of filled bucket, caused by force of gravity

Combined weight of the rocket and payload (Satellit), caused by the force of gravity, acting in the downward direction, towards the center of the earth 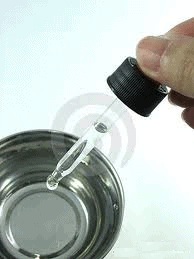