i. These events include : women’s monobob, Big Air freestyle skiing for men and women, plus mixed team events in short track speed skating, ski jumping, ski aerials and snowboardcross.
ii. The addition of gold medals to a 109-event program caused a reduction in 41  athletes as complared to 2,933 competitors in Pyeongchang Olympics.
iii. An improved gender balance will be seen with  45.4 percent female athletes in Beijing, rising from 41.1 percent in Pyeongchang.
iv. Women’s ice hockey will become a 10-team lineup instead of eight, adding 46 athletes.
v. Sports losing athletes from their Olympic quota include 41 in skiing disciplines, 26 from skating and 20 fewer in biathlon.

Other Announcements:
i. The 2020 Tokyo Olympics had no finalized race on Swimming.
ii. A timetable was announced of the 2024 Paris Olympics.

i. The ceremony was hosted by former professional racing driver Danica Patrick.
ii. Chloe Kim and Tom Brady were among the most nominated athletes.
iii. Below are the list of the winners in their respective categories:

Venue:
This competition was organized in the well-known Army shooting range in Plzeň-Lobzy.
Highlights:
i. Manu Bhaker won her 9th International Gold medal in the span of one year.
ii. She also became the youngest Indian ever to win Gold in a senior World stage, achieving the feat in Guadalajara, Mexico in March 2018.
Indian Medals List:
India won 11 gold, 7 silver and 6 bronze medals, totally 24 medals in the event
Gold: 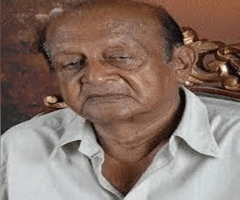 i. He was born on February 13, 1930 in Baikunthpur in the Koriya district of Chhattisgarh.
ii. He had a Masters Degree in Science and doctorate (PhD) in life science.
iii. He served as the Minister of Water Resources before Chhattisgarh was carved out of Madhya Pradesh in 2000.

Eminent Hindi poet-lyricist Gopal Das Neeraj passed away in kolkata
On July 20, 2018, eminent Hindi poet Gopal Das Niraj passed away in Kolkata.
i. He was born on January 4,1925 in the village of Puravali near Mahewa of Etawah in Uttar Pradesh.
ii. He was awarded Padma Shri in 1991 and Padma Bhushan in 2007.
iii. He also won Yash Bharati  award, and was the chancellor of Mangalayatan University, Aligarh.