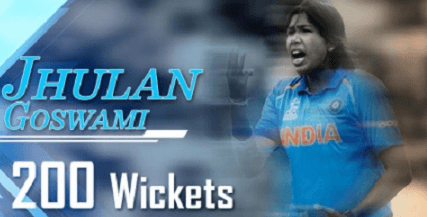 Jhulan Goswami 1st woman in the world to take 200 ODI wickets:
i. Jhulan Goswami made this record at the second ODI against South Africa in the ICC Women’s Championship at Kimberley, South Africa.
ii. She is 35 years old. She hails from Nadia district of West Bengal. She started her cricketing career in 2002.
iii. It was her 166th ODI. She dismissed opener Laura Wolvaardt and gained her 200th ODI wicket.
iv. She also became the highest wicket-taker in women’s ODIs in May 2017. She has won ICC Women Cricketer of the Year in 2007.
v. The first male cricketer to get 200 ODI wickets was India’s Kapil Dev.
About International Cricket Council (ICC):
♦ Purpose – international governing body of cricket
♦ CEO – David Richardson 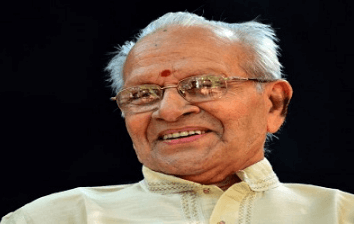 Death of Madavoor Vasudevan Nair:
i. Madavoor Vasudevan Nair collapsed during a stage performance. He was taken to a hospital where he was declared dead. He was 89 years old.
ii. He was the principal of the Kalabharathi performing art institute. He had received various awards like Padma Bhushan, Sangeet Nataka akademi award and Kerala Kalamandalam award.
iii. He is a native of Madavoor in Thiruvananthapuram. He is survived by his wife Savithri Amma, son Madhu, and daughters Mini and Ganga.
Some wildlife sanctuaries in Kerala:
♦ Aralam Wildlife Sanctuary
♦ Chimmony Wildlife Sanctuary
♦ Chinnar Wildlife Sanctuary