The document Stomach, Gastric Glands and Intestines NEET Notes | EduRev is a part of the NEET Course Biology Class 11.
All you need of NEET at this link: NEET

These are numerous microscopic, tubular glands formed by the epithelium of the stomach. Sectional View of Gastric GlandsThe following types of cells are present in the epithelium of the gastric glands:(i) Chief cells or Peptic cells (Zymogen cells)

It is divided into two parts:

The wall of the alimentary canal is made up of four-layers (outer to inner): 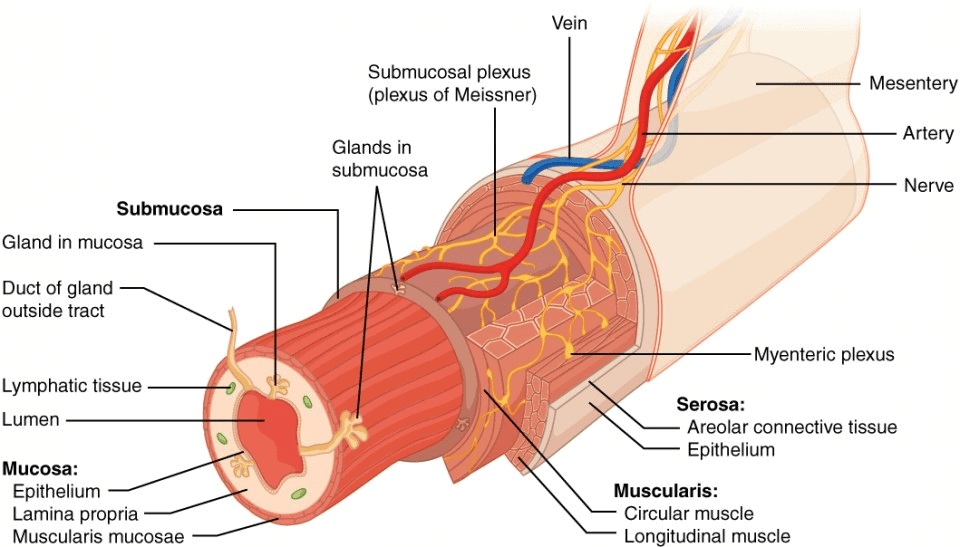 It is differentiated into 3 parts: