IntroductionThe existence of solids in nature occurs principally in two forms: crystalline and non-crystalline (amorphous), which differ substantially in their properties.

A unit cell is the smallest component of the space lattice. The unit cell is the fundamental building block or structural unit of the crystal structure because of its geometry and atomic positions. 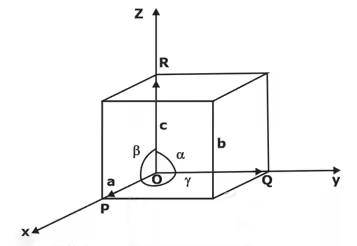 A geometrical shape which, when repeated indefinitely in 3-dimensions, will fill all space and is equivalent of one lattice point is termed as the primitive cell. All the primitive cells need not to be unit cells but the reverse could be true.Types of CrystalsMillions of tiny single crystals called grains constitute a crystalline solid and this is called microstructure and are said to be polycrystalline. The orientation of these grains is random with each other. 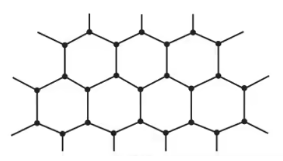 If all the atoms at the lattice points are identical, the lattice is said to be Bravais lattice. Crystals could be classified in terms of six crystal families, called anorthic, monoclinic, orthorhombic, tetragonal, hexagonal and iso-metric only upon careful measurement of the mineral specimen. A little expansion of this classification has been done by crystallographers. The crystal systems are sets of reference axes, which have a magnitude as well as a direction, and therefore are vectors. This is defined as:

Where:number of atoms in a unit cell and → nAvogadro's number → NAthe atomic weight, and →Mside of a cubic unit cell → aDensity of the crystal (ρ) = nM/a3NA

There exists lattice and directions planes in a crystal which contain a large concentration of atoms. Different properties of crystals, particularly mechanical properties are related to the structure of the crystal though the help of crystal directions.

The number of nearest atoms directly surrounding the particular atom. It is 6 for simple cubic, 8 for BCC and 12 for FCC. For closely packed structures, the value of this number is 12.

Defects or Imperfections in Crystals

In ideal crystals atoms were arranged in a regular way. Certain defects or imperfections are always present in real crystals, and therefore, the arrangement of atoms in the volume of a crystal is far from being perfectly regular. Based on geometry, crystalline defects can be classified as :

Simple Cubic Cell (SCC)In a SCC, there is an atom present at each corner of the cell and the centres of these atoms coincide with each corner.

Body-Centered Cubic (BCC) StructureIn BCC, An atom is present at the centre of the crystal and each corner coincides with a centre of an atom.

Face Centred Crystal (FCC)In FCC, each face has an atom and atoms are also present at the corners of the unit cell.