The document Short Notes: Body Movements Notes | Study Science Class 6 - Class 6 is a part of the Class 6 Course Science Class 6.
All you need of Class 6 at this link: Class 6

Human Body and its Movement

The point at which two separate bones meet is called a joint. There are four types of joints in the human body.

This joint moves like a hinge in one plane only, just like the hinge of a door.The elbow joint between the humerus and the ulna.The joints between the bones of the fingers and toes, and less perfectly, the knee joint.Hinge joints usually give sufficient power, because there is less danger of twisting at the joint.

One bone rotates over a pivot-like end of the other bone.The skull rotates on the upper end of the back bone.

In this joint, no movement is possible between the two bones.The sutures between the bones of the cranium are an example. 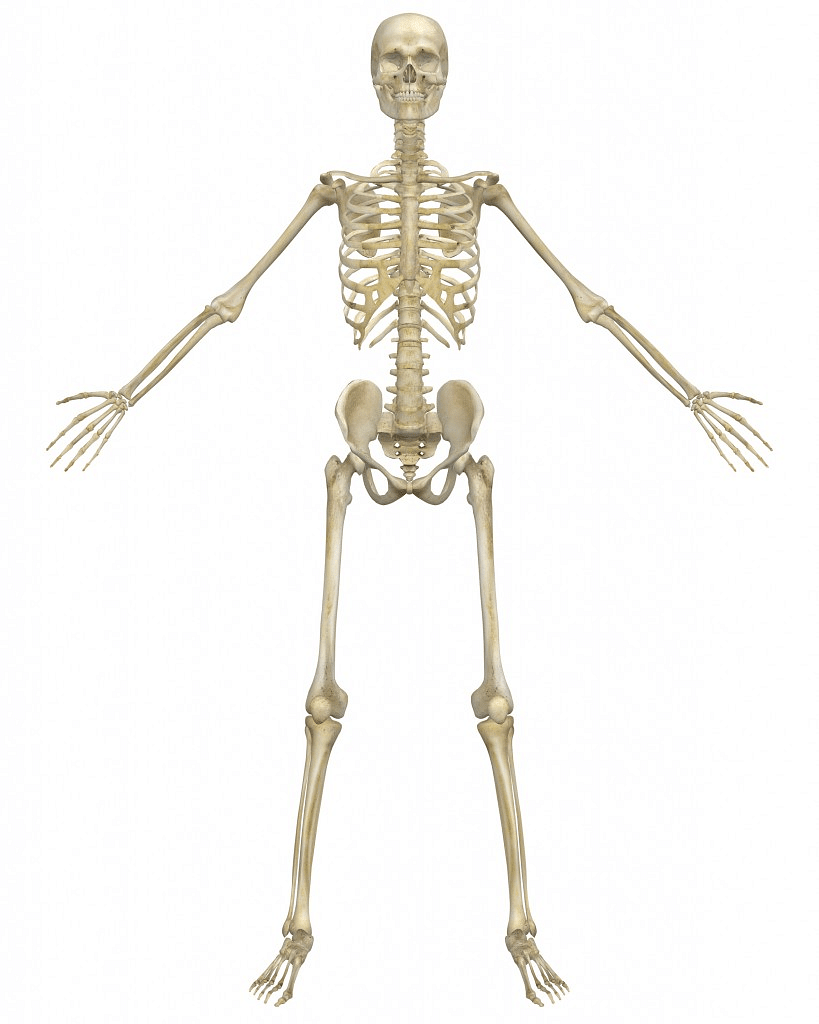 The skeleton is a framework of all the bones in the human body.The skeleton consists of the skull, hand bone, shoulder bone, rib cage, pelvic bone, backbone, leg bone and cartilage.The skull protects the brain. The shoulder has the ball and socket joint that helps the arm swing.The rib cage protects the lungs, heart, stomach, abdomen and liver.The backbone runs from the top of the skeleton to the bottom of the skeleton. It is connected to all the bones.The pelvic bone protects the lower abdominal organs such as the urinary bladder, rectum and uterus.Cartilage is a soft bone tissue that connects joints. It is present in external parts like the ear and nose. 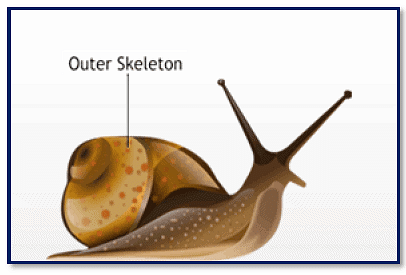 Earthworms move easily on hard and slippery surfaces. Earthworms have tiny, stiff hair-like projections, called bristles, under their body. They grab the soil with the help of these bristles. Earthworms first stretch and then contract their muscles to move. As a result, they cover only a small distance with every move. A slimy substance secreted by the earthworm helps it to move. Earthworms eat their way through the soil. They throw away undigested food, which improves the quality of the soil.

The outer skeleton of the snail, the shell, is made of calcium carbonate. The snail pulls this shell along as it moves. The snail can even hide its head inside the shell. The strong muscular foot below the shell can protrude. The under surface of the muscular foot is lubricated with mucus. Waves of muscular contractions along this surface help a snail move. The mucus also reduces the risk of injury from sharp objects. That is why snails can walk over sharp objects like blades without getting hurt.

A bird has a body best suited for flying. Its wings are actually modified forelimbs. Birds can fly easily with the help of these bony forelimbs. Birds have light and hollow bones. The breast bones hold the muscles of flight that help them to flutter their wings. The tail controls the direction of flight. Birds have very strong shoulder bones. They don't have the urinary bladder, which helps them to fly easily. They can walk and perch on trees with the help of their hind limbs.

How do Snakes Move?

Snakes move in S-shaped loops and in a zigzag manner. They cannot move in a straight line. They have difficulty in moving on very smooth surfaces. Snakes have a long back bone and many interconnected muscles that help them to slither. They have muscles connecting the backbone, ribs and skin. Snakes move in grass, sand and water. Snakes do not have arms or legs, but even then, they can climb trees.

Fish have a streamlined body, which helps them move fast in water. Fish swim with the help of their fins. The tail moves from side to side, and helps the fish swim in the right direction. Some fish, however, move by bending their bodies from one side to another in quick succession, which produces a thrust that helps it move forward.

The document Short Notes: Body Movements Notes | Study Science Class 6 - Class 6 is a part of the Class 6 Course Science Class 6.
All you need of Class 6 at this link: Class 6