The document Study Notes - Changes Around us Class 6 Notes | EduRev is a part of the Class 6 Course Science Class 6.
All you need of Class 6 at this link: Class 6

Every day, we see different types of changes around us, like day turning into night, the season changing from winter to summer, melting of ice to water, cooking of food, and so on. Changes take place around us all the time. However, all changes are the same. We get back the original substance in some, and can't get them back in others.

Can all Changes always be Reversed?

Any difference in the size or shape of an object is referred to as a change.

Changes are either reversible or irreversible.

A reversible change is a change that can be undone or reversed. 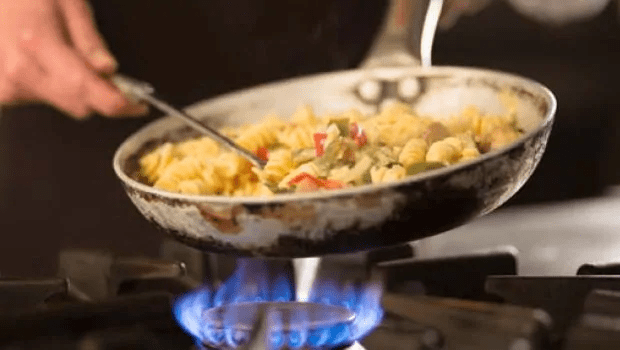 Fig: CookingFor example, when vinegar is mixed with the bicarbonate of soda, you can observe the release of carbon dioxide gas in the form of bubbles. Again, here, we cannot get back the original substances.

Finally, our growth itself, as you can see, is an irreversible change.

Could there be Other Ways to Change?

When the temperature increases, the particle of a substance expands or becomes loose. When this happens, the material is said to undergo expansion.

When the temperature decreases, the particles of the substance contract or become tight. When this happens, the material is said to undergo contraction.

The amount of expansion or contraction varies in solids, liquids and gases.

There are physical changes that take place when a substance or material moves from one state of matter to another.

Water is a classic example as it can exist as either solid, liquid or gas.

Water at very low temperatures exists as a solid known as ice. On applying heat or increasing the temperature, the ice ‘melts’ to form water. The physical change when a solid changes to a liquid is called melting.

If we keep increasing the temperature, the water now starts to boil until it fully becomes water vapour. The physical change when a liquid changes to gas is called evaporation.

To get back the water from water vapour, it is possible by condensation – a physical change where the gas changes to a liquid. This is possible by lowering the temperature. 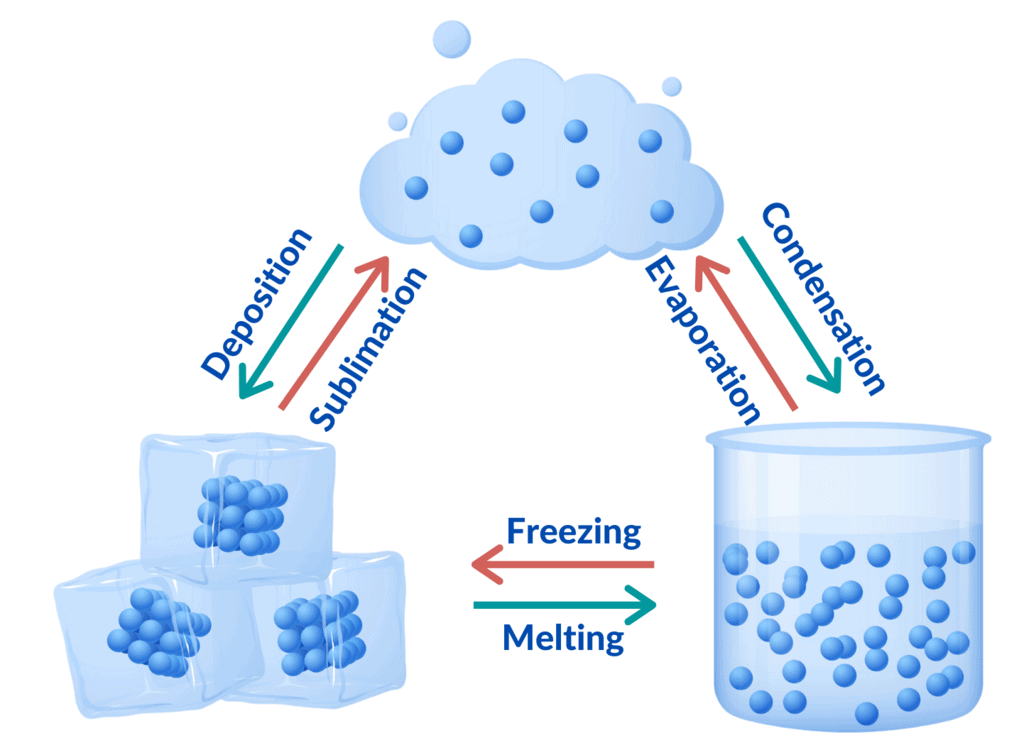 Changes in States of Matter

Burning is an irreversible change where a substance burns to produce new material. These new materials are ash and some gases.

For example. paper is burnt to produce ash, which is different from paper in terms of appearance and properties.

The separation of the components of a mixture or an impure substance is carried out for the following purposes: