The document Study Notes - Fun with Magnets, Science, Class 6 | EduRev Notes is a part of the Class 6 Course Science Class 6.
All you need of Class 6 at this link: Class 6

WHAT ARE MAGNETS?(i) Definition: Magnets are pieces of iron or other materials which exhibit the properties of magnetism i.e. the ability to attract other objects that contain iron. Compass needles, fridge magnets and MRI scanners are some common examples of magnets.

(ii) History: It is said that magnets were discovered after a shepherd named Magnes accidentally got his iron stick stuck to a rock. It was later discovered that the said rock had magnetic properties and was called Magnetite, named so after the shepherd.

(iii) Greece: A Greek shepherd named Magnes discovered magnets 4,000 years ago in Magnesia, Greece. The name magnetite has been derived from Magnesia or Magnes. Magnets are named after Magnetite.TYPES OF ARTIFICIAL MAGNETThese days magnets come in different shapes and forms such as: horseshoe magnet, bar magnet, cylindrical or a ball-ended magnet, needle magnet etc. Magnets attract magnetic materials. Natural rocks that have the property of attracting iron, nickel and cobalt are called natural magnets. Magnes discovered a natural magnetic rock, called the lodestone. In the form of a bar, it was used to find directions on the earth, and so the name, 'lodestone,' which means the stone that leads. Lodestone has a compound of iron called magnetite. These natural magnets have the magnetic property of attracting materials like iron, nickel and cobalt. "Archimedes", the ancient Greek scientist, is believed to have used lodestone to pull nails from enemy ships. Taking the nails out made the ships sink.

We can include differences between natural and artificial magnets

PROPERTIES OF A MAGNET 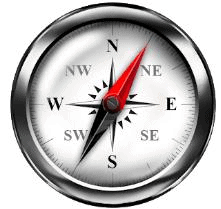 Law of magnets: Unlike poles attract each other Like poles repel each other.

Artificial magnets: Magnets can be made artificially, too. A rectangular iron bar, an iron needle, a blade or an iron nail can be turned into a magnet by rubbing a bar magnet over it.Take a rectangular piece of iron. Place it on the table. Now take a bar magnet and place one of its poles near one edge of the bar of iron. Without lifting the bar magnet, move it along the length of the iron bar till you reach the other end. Now, lift the magnet and bring the pole (the same pole you started with) to the same point of the iron bar from which you began. Move the magnet again along the iron bar in the same direction as you did before. Repeat this process about 30-40 times.Bring a pin or some iron filings near the iron bar to check whether it has become a magnet

Precautions to protect magnets from losing their magnetic properties