The document Study Notes - Garbage In, Garbage Out Class 6 Notes | EduRev is a part of the Class 6 Course Science Class 6.
All you need of Class 6 at this link: Class 6 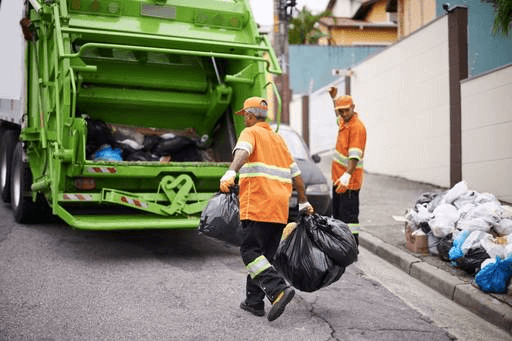 A large, low-lying area used to dispose garbage is known as a dump. A garbage dump is also used as landfill. Garbage collectors collect waste and then dispose it at garbage disposals. Garbage dumps have flies, cockroaches and mosquitoes, and later turn into breeding grounds for micro-organisms that may cause diseases. That is why these garbage dumps are usually located on the outskirts of a city. When garbage mixes with soil, it takes a longer time to decay. The soil becomes loose and a building cannot be constructed on such a landfill. Moreover, it takes 20 to 30 years for the soil to get ready for construction. 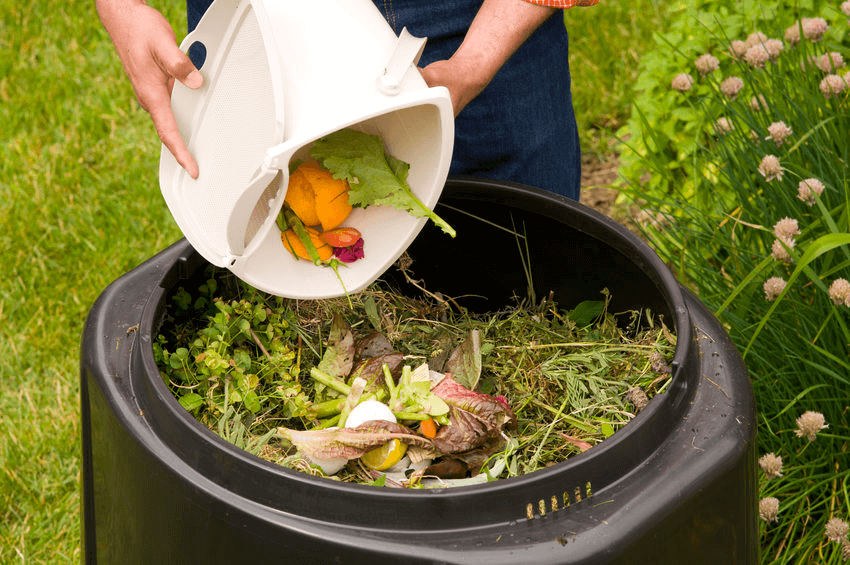 Fig: CompostingNon-useful garbage components include polythene bags, plastics, glass and aluminium foils. These take longer to decay. Decaying of these non-useful components is known as decomposition. When non-useful components decay, they release harmful gases that damage the environment. To avoid the adverse impact, these garbage items are sent for recycling.

For example, when leaves burn, they release harmful gases and causes air pollution. Moreover, they lead to asthma and lung diseases. That is why leaves should be buried so as to convert them into manure.

The process of preparing compost with the help of red worms is called vermi-composting. The red worm is a type of earthworm that lives in the soil rich in organic matter, which is a combination of nitrogen-rich and carbon-rich material with plenty of moisture and microbes.

A vermi-composting pit is made with a wooden box or big cement rings.A mesh is spread at the bottom of the pit.Vegetable waste, fruit waste, waste paper which is not shiny or coated with plastic, is spread over the mesh.Water is sprinkled to create moisture so that the red worms can live.A vermi-composting pit takes nearly two to four weeks to completely convert waste into manure.Waste material that is rich in oils, salt, meat and vinegar stops the growth of red worms. These red worms have a special structure called gizzards with which they grind food material. A red worm eats food equal to its weight every day. Red worms do not survive in too hot or too cold conditions.Recycling Paper and Plastics: 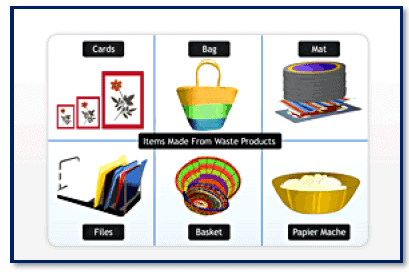 Disadvantages of using of polythene bags:

We use many plastic items such as tooth brush, combs, containers, bottles, shoes, toys, wires, frames and bags every day. Certain parts of vehicles like cars and buses, and electronic goods like radios, televisions and refrigerators, are all made of plastic. All these are useful to us in many ways, but using plastic is very harmful in terms of health and as well as the environment. Plastics are not suitable for storing cooked food because they emit harmful chemicals when they are exposed to high temperatures. Using plastics causes health problems such as heart disease, diabetes and reproductive dysfunction. Harmful gases are emitted from burning plastics, which cause cancer and they kill living beings.That is why plastics should be disposed in the right way. 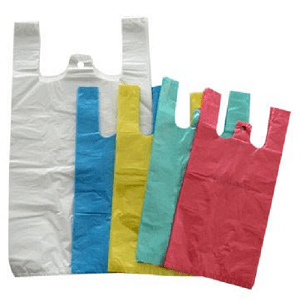 Fig: Polythene bags Plastics that do not contain the chemical, BPA, are usually licensed for storing food items. Plastics thrown casually get into drains and sewages, often blocking the way and causing water-logging. A major cause of the floods in Mumbai, India, in August 2005 was the choking of the drainage system by plastic waste. So polythene bags should not be used for garbage disposal.

Measures taken to prevent from the dangerous effects of plastics:

Adopt healthy practices such as:

Conversion of the waste generated in the kitchen into organic matter with the combined action of earthworms and micro-organisms is called vermi-composting.

The organic matter so formed is used as manure for plants.