Effect of Damping on Resonance Graph

The amplitude of the resonance peak decreases and the peak occurs at a lower frequency. 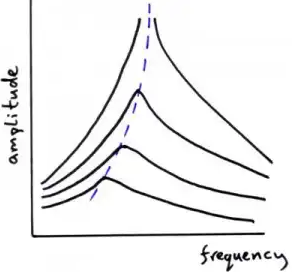 To correct a resonance problem, there are 4 methods: