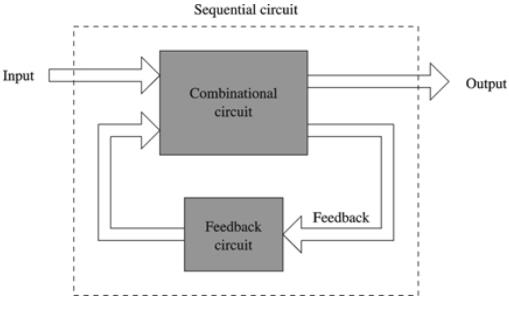 The sequential circuit is of two types.

There are mainly four types of flip flops that are used in electronic circuits.

Truth Table of Logic DiagramClocked SR Flip Flop Implementation using NAND Gates:It is also called a Gated S-R flip flop. The problem with S-R flip flops using NOR and NAND gate is the invalid state. This problem can be overcome by using a bistable SR flip-flop that can change outputs when certain invalid states are met, regardless of the condition of either the Set or the Reset inputs. 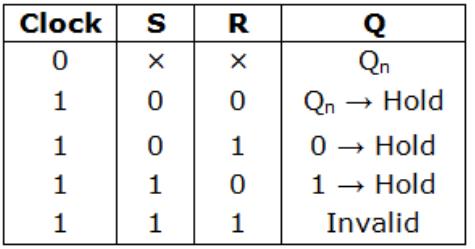 Truth Table of SR Flip Flop
With both S=1 and R=1, the occurrence of a clock pulse causes both outputs to momentarily go to 0. When the pulse is removed, the state of the flip-flop is indeterminate, depending on whether the set or reset input of the flip-flop remains a 1 longer than the transition to 0 at the end of the pulse.Characteristic Table 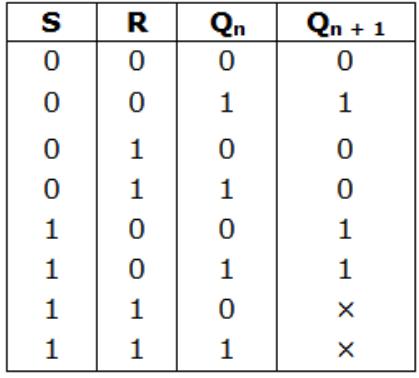 JK Flip FlopA JK flip-flop eliminates the indeterminate state of the SR type. Inputs J and K behave like inputs S and R to set and clear the flip-flop (In JK flip-flop, the letter J is set and the letter K is for clear). When logic 1 inputs are applied to both J and K simultaneously, the flip-flop switches to its complement state. If Q = 1, it switches to Q = 0 and vice versa. 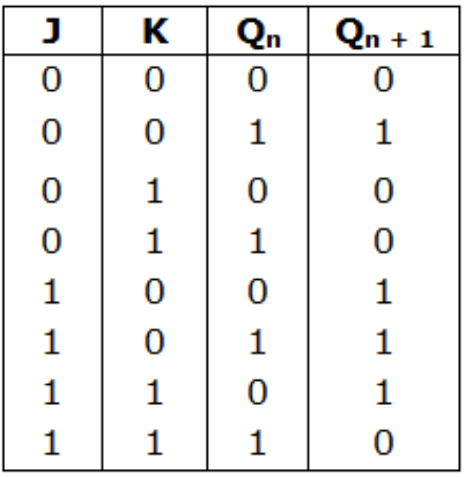 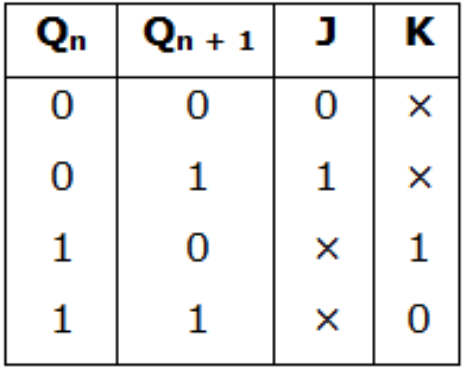 D-Flip FlopD flip flop is also known as a Transparent latch, Delay flip flop or data flip flop. The D input goes directly into the S (J) input and the complement of the D input goes to the R (K) input.

4. Flip Flop ConversionsThe flip flop conversions are classified into different types which are:

Example: Conversion from JK flip flop to D flip flop is shown below. 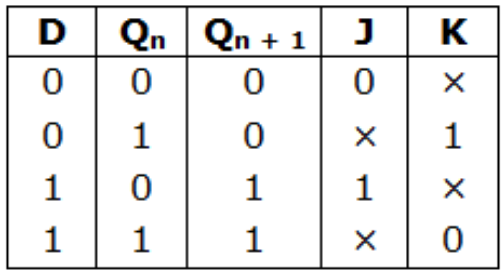 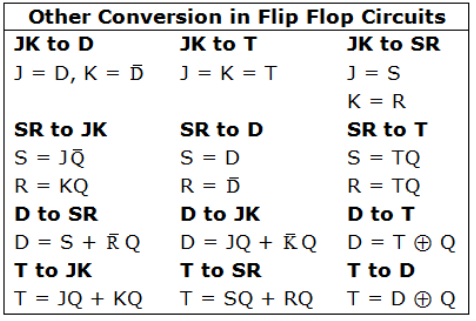