Different joining processes are classified below: Welding is the process of joining together two pieces of metal with or without the application of heat or pressure or both is applied and with or without addition of filler metal for formation of metallic bond.

Classification of the welding processes:Welding process based on composition of filler material are as follows:

Different types of joints according to their configuration are butt, lap, corner, tee and edge joints. The contact area plays an important role in tensile strength of butt joints. In case of lap joint, the bonding area is taken as per the strength requirement but the main disadvantage is that the thickness of joint increases due to overlapping of the parts. 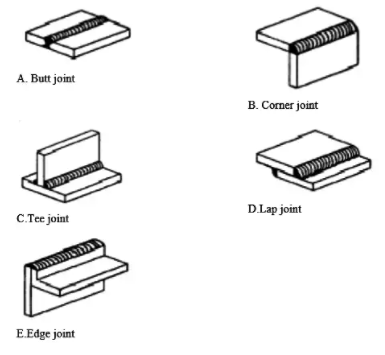 It is the liquid state joining process in which coalescence of the metal is achieved with the application of the heat from an electric arc generated between an electrode and workpiece.

Resistance Spot WeldingIt is a resistance welding process in which contacting metal surface are joint at different points by the heat obtained from resistance to electric current. Flame Formation and its Types

Based on the proportion of acetylene and oxygen, flames are divided into three categories named neutral flame, carburizing flame and oxidizing flame. These are explained below: For thicker plates and contour, oxy-fuel cutting is used. The difference in oxyacetylene gas cutting and acetylene welding is a torch tip which is used for preheating the plate as well as providing oxygen jet.

The ideal weld should be such that adequate fusion exists between the filler metal and edge preparation together with good penetration. The major discontinuities are