The document Summary, Q and A : Ch-8- The Ailing Planet: The Green Movement’s Role, Hornbill English | EduRev Notes is a part of the Class 11 Course English Class 11.
All you need of Class 11 at this link: Class 11

Our Earth is a living organism–an enormous being, of which we are parts. This is our planet; its destruction will make us all homeless. We are dependent on Earth and not the other way round. However, the thankless creature, man, is unconcerned about the dangers that pose threats to our survival. The article by Nani Palkhivala deals with the concerns of the environmentalists at this eleventh hour and talks about the new awareness that has dawned upon our race. A holistic and ecological view of the world has been brought into consideration. The Green Movement launched in 1972 has never looked back. There is a growing need of sustainable development, which was popularised by World Commission on Environment and Development in 1987. 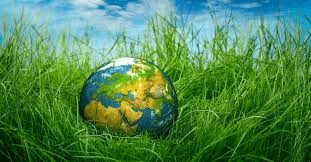 Man is the most dangerous creature, as it was declared by a Zoo in Lusaka, Zambia. Human beings are taking too much time to realize the need of the hour. One of the members of Brandt Commission, Mr L.K.Jha, raised a vital question, “are we to leave our successors a scorched planet of advancing deserts, impoverished landscapes, and ailing environment?” Mr Lester R.Brown expressed his worry over the fact that our four biological systems are reaching an unsustainable level. The tropical forests, “the powerhouse of evolution”, as Dr. Meyers called them, are being destroyed causing extinction of several species. The fear hovers, what if the words, “forests precede mankind, and deserts follow”, come true. And the reality is that India is losing its forests at the rate of 3.7 million acres a year. The Article 48A of the Indian Constitution provides that the State shall endeavour to protect and improve the environment and safeguard the forest and wildlife of the country. To conserve the environment and to bring down the population of the world, which is 5.7 billion, Palkhivala suggests that development is the only solution. Fertility falls as the income rises, education spreads, and health improves. Nani supports compulsory sterilisation and defends it by saying that there is no other alternative but coercion. The population of India today is 920 million, which is more than the entire population of Africa and South America. What is happening today is that rich are getting richer and poor are begetting children, which begets them to remain poor. Now the folks have realised what endangers our race. It is not about the survival of human race but the survival of the planet Earth. It is an Era of Responsibility. The industrialists have to understand the present concern with most consideration. The view of the Chairman of Du Pont, Mr Edgar S. Woolard is much appreciable,

“Our continued existence as a leading manufacturer requires that we excel in environmental performance.” Let us be grateful to Mother Nature and keep Margaret Thatcher's felicitous words, “No generation has a freehold on this earth. All we have is a life tenancy– with a full repairing lease”. In the words of Mr Lester Brown, “We have not inherited this earth from our forefathers; we have borrowed it from our children.”