The document Summary - A Tale of Two Birds Class 6 Notes | EduRev is a part of the Class 6 Course English (A Pact with the Sun) Class 6.
All you need of Class 6 at this link: Class 6

Once there lived a mother bird in a forest. She had built her nest in a tall, shady tree. She had two new-born babies. She took great care of them.

One day, a storm came. There was thunder, lightning and rain. Many trees were uprooted. The tall tree with the nest also came down. The mother bird was killed. But the baby birds were saved. The strong wind blew them away to the different sides of the forest.

One bird came near a cave, in which robbers lived. He learnt their ways. The other came outside a rishi's ashram. It learnt the gentle ways of the rishi. Both became big birds with the passing of time.

One day the king of the country came to that forest to hunt. He rode after a deer. He lost his way. He was tired. He stood near a cave. He heard the voice of a bird. It asked the robbers to come and loot the traveller. The king was afraid. He rode away at once.

Soon he reached the rishi's ashram. He sat down in the shade of a tree. He heard a bird's voice. It was sweet and gentle. It welcomed the king. 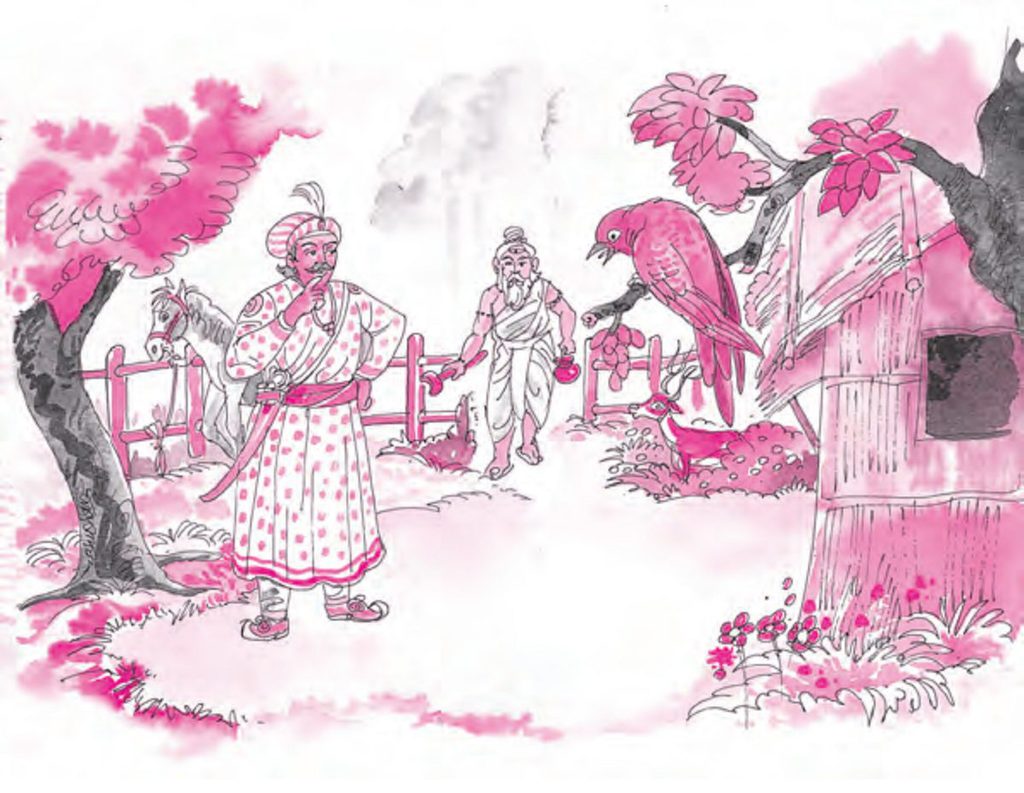 Soon the rishi returned to the ashram. The king told him the story of the two birds. The birds looked alike. But they spoke differently. One imitated the robbers. The other welcomed the king sweetly.

The rishi explained the reason why it was so. The two birds were brothers. But they behaved differently. It was the result of the company, they kept.