The document Summary - Chapter 1 - Two Gentlemen of Verona, English, Class 10 | EduRev Notes is a part of the Class 10 Course Literature Reader Class 10.
All you need of Class 10 at this link: Class 10

The beautiful piece of fiction written by A. J. Cronin is a reflection of the painful life of the people during a war when various families got orphaned and millions of families lost their shelters.The author named this story ‘Two Gentlemen Of Verona’ because it reflects qualities of the two boys Nicola and Jacopo.Place of story: Verona: A city of Italy and Poleta, 30kms away from the workplace and where Lucia was admittedCharacters of the story:Narrator, Luigi, Nicola, Jacopo, Lucia , NurseCharacter Sketch of Narrator: kind, generous, courteous, concerned, respect for the boys, doesn’t intrude to their personal lives, well mannered, decent and compassionateCharacter Sketch of Nicola and Jacopo: Nicola was 13 years old, elder brother, wore Jersey and khaki pants, mature, wore an expression of seriousness. Jacopo was 12 years old, younger brother, wore army tunic with folds, lively and childish.Both the boys were impressive, helpful, not self piteous, hardworking, devoted to their sister, self sacrificing, polite, honest, responsible, hardworking and innocent.Character Sketch of Lucia: She was the sister of Nicola and Jacopo, was about 20 yrs old, singer, suffered from Tuberculosis of spine due to cold and starvation, was admitted in a hospital at Poleta by her brothers for treatment.Character Sketch of Luigi: He was the narrator's driver, judged people by their dress, unkind and impolite.Character Sketch of Nurse: kind, polite, well mannered
Let's understand the Summary of the lesson 'Two Gentlemen of Verona’.The author and his companion had been driving near the city of Verona when they were stopped by two small boys, shabbily dressed, selling strawberries. The author’s driver cautioned him against purchasing the fruits. The boys were very skinny but their eyes were sincere and attracted attention. The author’s companion discovered that the elder one was 13 years old, named Nicola and the younger was about 12 years old, called Jacopo. The author took an instant liking for these boys and ended up buying their biggest basket of strawberries. Next morning, the author noticed those two boys polishing shoes of people. They appeared to be doing a good job. The boys smiled and told the author that they performed many kinds of other jobs also like escorting tourists around the city and to see Juliet’s grave (tomb). Impressed, the author hired the boys immediately. Due to close interaction (communication), the author discovered that the boys were very friendly and innocent. Beneath (below) their cheerful smiles, however, he could discern (recognize) a seriousness, a hint of sadness, that defied their age.The author did not regret his decision because the boys proved to be very resourceful (talented). The author found their eagerness to do work really remarkable (unusual). He was surprised when he saw both the boys half asleep on a windy and deserted (empty of people) street, late at night. They had been waiting for the last bus to sell the newspapers. The author was struck by their determination to do more and more work but he was surprised to note that they still wore torn clothes and hardly ate anything.The author’s trip was coming to an end. Before leaving, he asked both the boys if he could do something for them. Nicola, the elder one, refused but the younger one requested the author to drive them to Poleta, 30 km away, the next day. The author was nonplussed (confused). He had already given the day off to his driver. As a last gesture of goodwill, he volunteered (freely offered to do something) to drive the two boys himself. 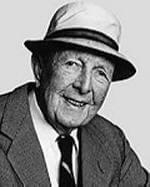 The following afternoon, they all drove to a tiny village, near a hill. The author was surprised to halt (stop) beside a villa. Before he could question, the boys leaped (jumped) out and asked the author to pick them up from the same place, after an hour. The author couldn’t restrain his curiosity (strong desire to know something). He went in and was greeted by a nurse, who ushered him inside. Through a glass partition (barrier), the author saw that the boys were seated beside a hospital bed, with a girl of about 20 years, who appeared to be their sister.The author refused the offer to be ushered inside, as he did not wish to intrude (interfere) upon a happy family reunion. On being asked, the nurse told the author that the children’s father had been killed in the war and a bomb had destroyed their house and rendered them homeless. These children had kept themselves alive by building a kind of shelter with the rubble of their house. For many years the Germans ruled the city and the children had to undergo lots of suffering.Their sister, Lucia, who wanted to be a singer, could not bear the cold and starvation, so she contracted tuberculosis of the spine. The boys brought Lucia there and every week brought enough money for her treatment. Despite the scarcity of work after the war, the brothers never faltered (delayed) in their payment. Now Lucia was showing signs of improvement and the day was not far off when she would be able to walk and sing.The author was rejoined by the boys and they drove back to the city. The boys remain tight-lipped (quiet) and the author also decided to remain quiet because he respected their privacy and secret. The author left, filled with admiration (respect) at the courage and relentless (continuing) efforts of two young boys, who remained determined despite the setbacks (difficulty) of the war.

Q.1. What are the qualities of a gentleman?Make a list
Ans. Polite, kind, helpful, respectful, decent, humane

Q.3. Is the title suitable for the story?
Ans. Yes, because it shows and justifies the qualities of the two boys and proves that they were true gentlemen.

Q.4. Who were the two gentlemen of Verona?
Ans. Nicola, Jacopo