The document Summary - Chapter 10 - Ozymandias, Class 10, English | EduRev Notes is a part of the Class 10 Course Literature Reader Class 10.
All you need of Class 10 at this link: Class 10

The speaker recalls having met a traveller from an ancient land who told him a story about the ruins of a statue in the desert of his native country. The traveller said that two vast legs of stone stand without a body and near this, a massive crumbling and broken stone-head lies, which is half sunk in the sand. The statue has a bitter and cruel expression of ‘sneer and cold command’ and this indicates that the sculptor had understood the passions of his subject really well. It was obvious that the statue was of a man who sneered with contempt for those who were weaker than himself, yet fed his people because of something in his heart. 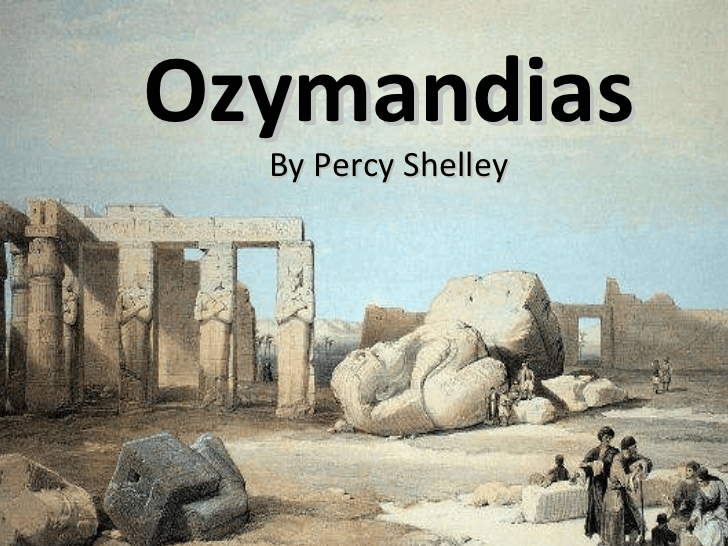 On the pedestal of the statue these words are inscribed, ‘‘My name is Ozymandias, I am the king of kings. If anyone wishes to know how great I am, then let him surpass any of my works.” Around the decaying ruin of the statue, nothing remains, only the ‘lone’ and level sands’ which stretch out around it, far away.