The poem ‘The Brook’ is written in the first person, so it strikes an autobiographical note. It proceeds like a journey, which has different stages, various ups, and downs, showing different kinds of movement. 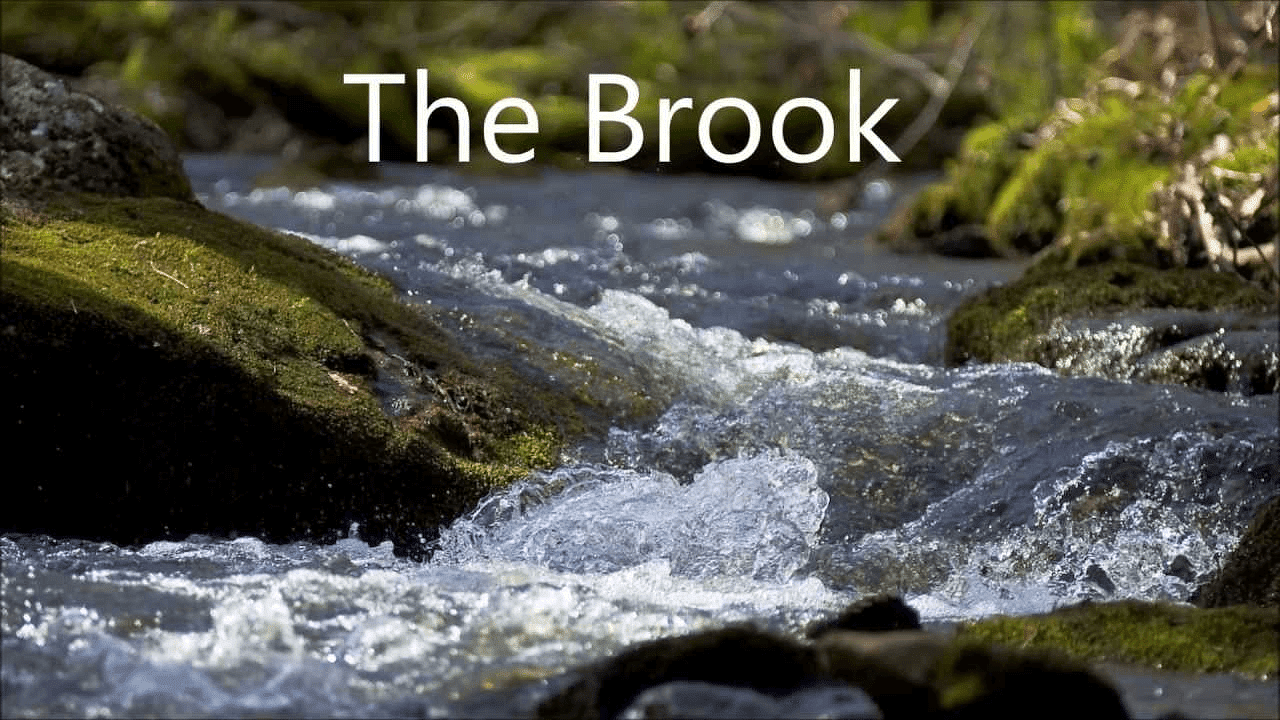 The Brook begins its journey from somewhere in the mountains, which are home to birds like ‘coots’ and ‘heron’ and ends it by joining the ‘brimming river’. On its way, it passes by many hills, ridges, towns, villages, bridges. The brook’s movement is sometimes forceful and strong, sometimes leisurely. It makes its way by eroding the banks, through cultivated, uncultivated lands and forelands. The brook is also the habitat of many kinds of fish and is full of willows, mallows, and flowers. It also provides a meeting point for lovers and surface to swallows to skim. Its rushing water serves as a background for the dance of the rays of the sun.

The brook proceeds on its journey slipping, sliding, gliding, dancing, lingering, gushing. The moon, the stars make it murmur. On its way, it overcomes many hurdles and obstacles but reaches its final destination in the end. The journey of the brook becomes parallel to the journey of human life. The poet makes a reflective comment which highlights the continuity and eternal existence of the brook to the transitory nature of human life. The poet wishes to point out that just as ups and downs do not deter the brook from its journey, similarly, human beings should also take the hurdles and sorrows in their stride.

The document Summary - The Brook Notes | Study English Class 9 - Class 9 is a part of the Class 9 Course English Class 9.
All you need of Class 9 at this link: Class 9
Join Course