Long, long ago dogs roamed freely in the forest. They were their own masters like the wolves. But once a dog did not like that way of life. He was sick of wandering alone in search of food. He was also afraid of animals stronger than him. 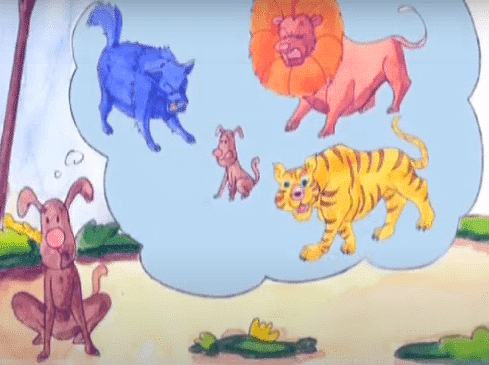 He, therefore, decided to find a master for himself. He wanted his new master to be stronger than anyone on earth. He first met a wolf who agreed to be the dog's master. The two of them went on together. At one place the wolf got the smell of a bear. Out of fear he ran off deep into the forest. The bear could eat up both of them. The dog left the weak wolf.

The dog next decided to take up service with the bear. The two set out to find a herd of cows for food. They did see the cows. But suddenly the cows started mooing or lowing in fear. They ran here and there in panic. The bear too hid himself behind a tree. He told the dog that the lion was the ruler of the forest.

The dog said goodbye to the bear also. He became the servant of the lion. The two went on together. The dog had a good and secure life. None dared to touch him.

But one day, the lion while walking with the dog stopped and gave a great roar. Then he began turning back quietly. He had smelled a man coming that way. He suggested the dog that they should run for cover. 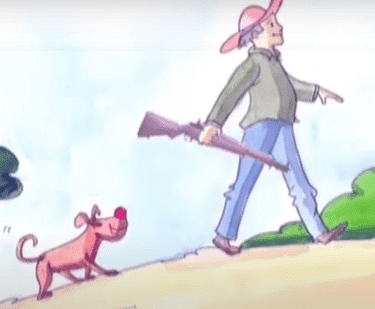 So the dog finally decided to take up service with man, the strongest of all creatures. Since then it has been serving man faithfully. He knows no other master now.