There are two ways of representation of force. The method used depends on the type of problem being solved and the easiest approach to finding a solution.

1. Two Dimensional Force Systems (Coplanar Forces) It is also possible to represent the x and y components of a force in terms of Cartesian unit vectors i and j. 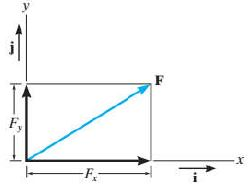 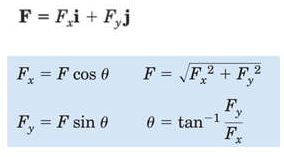 where the scalars Fx and Fy are the x and y scalar components of the vector F. 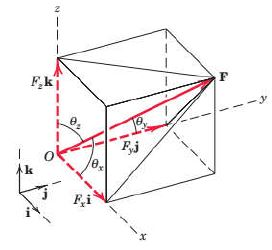 1. A force vector F = 700i + 1500j is applied to a bolt. Determine the magnitude of force and the angle it forms with the horizontal.

A. RESULTANT OF NON COPLANAR FORCES -By Vector Notation

B. MOMENT AND COUPLE – In Vector Notation

Moment is a vector quantity whose direction is perpendicular to the plane of the body. The right-hand rule is used to establish the sense of direction of moment.Vector Formulation 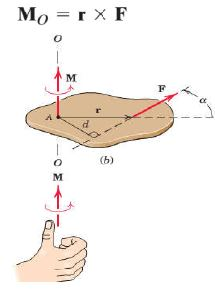 Couple vectors are free vectors, i.e., the point of application is not significant.

In vector notation, the equation of equilibrium can be summarized as