This poem advocates the importance of silence and self- introspection. It can transform not only the life of an individual but also the face of the earth. The poet says that it does not need much time to look within and examine oneself. It will take only as long as it will take to count to twelve. During this time of introspection (self-examination), one should keep quiet and say nothing at all. It will give him a strange feeling of togetherness with all others.

Although it may seem a little strange in the beginning, it will eventually bring us all together. This silence will be free from ‘the disturbing sounds of engines and people rushing to get their work done’ for some time. He feels contended imagining the change that will be brought about in those moments. The men who hurt their hands while collecting salt will get a little rest. Even the people who seek fresh wars, using fatal gas and weapons, will put on clean clothes and get a chance to walk among their brothers. They will lead a hatred-free and calm life, giving a halt to their destructive activities. 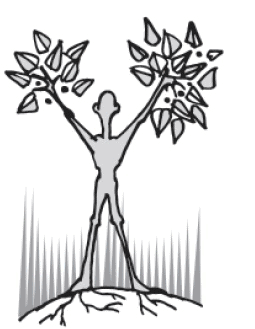 The poet clarifies that his wish should not be considered as a case for “total inactivity”. He only wants to interrupt the sad, cruel and baleful activities of the world for a few moments and make the people introspect their actions. In fact what he says is connected with life, not with death. Activity is very essence of life. Inactivity is death but for a fresh, better and useful activity, a little stillness is essential.

The poet uses the image of the earth to show how life exists in seemingly dormant things. In winter, the earth becomes so still and silent that it seems to be dead. But later in spring, it seems to be lively again. It has new beauties and colours added to it. Similarly, after a little quietness and silence, man can resume his activities in a fresh and better manner.

1. The poem talks about the necessity of quiet introspection.

2. It will help people to understand themselves & will create the feeling of mutual love & relationship.

3. By quiet introspection, the poet doesn’t mean total inactivity, instead he wants full involvement with life.

4. The reason for the discard & war is the imbalance between man & nature.

5. Quiet introspection will establish a spiritual & physical union that is most desirable for the survival of the earth & of human beings.

The document Summary: Poem 3 - Keeping Quiet - Notes | Study English Class 12 - Class 12 is a part of the Class 12 Course English Class 12.
All you need of Class 12 at this link: Class 12
Attempt Now
Join Course