Mains: GS 3Sub Topic: Effects of Liberalization on the Economy, Changes in Industrial Policy and their Effects on Industrial GrowthContextVodafone Group Plc said on Friday that it had won an international arbitration case against the Indian government, ending one of the most high profile disputes in the country involving a $2 billion tax claim. Key particulars(i) An international arbitration tribunal in The Hague ruled that India’s imposition of tax liability on Vodafone, as well as interest and penalties, were in a breach of an investment treaty agreement between India and the Netherlands, two sources with direct knowledge of the matter said.(ii) The tribunal, in its ruling, said the government’s demand is in breach of “fair and equitable treatment” and it must cease seeking the dues from Vodafone(iii) “The tribunal held that any attempt by India to enforce the tax demand would be a violation of India’s international law obligations,”Government  measuresTo reduce future arbitration claims, India has ended such agreements with over 50 countries and is working on a new law to protect foreign investors by offering relief from possible policy changes even as it upholds the right to tax them, Reuters reported.Permanent Court of Arbitration

(i) It is an intergovernmental organization located in The Hague, Netherlands.(ii) It is not a court in the traditional sense but provides services of arbitral tribunal to resolve disputes that arise out of international agreements between member states, international organizations or private parties.(iii) The cases span a range of legal issues involving territorial and maritime boundaries, sovereignty, human rights, international investment, and international and regional trade.(iv) The PCA is constituted through two separate multilateral conventions with a combined membership of 122 states.(v) The organization is not a United Nations agency, but the PCA is an official United Nations Observer.

1. News: Parliamentary scrutiny on the back burner 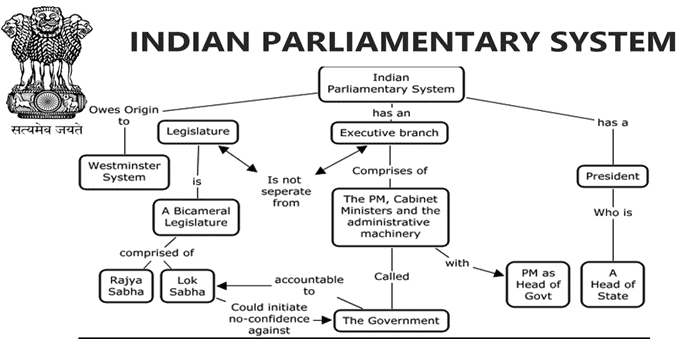 Key particulars         There is a running thread across the Constituent Assembly Debates that Parliament at the Centre and legislatures in the States would be the key institutions around which parliamentary democracy in India would revolve.Committee system(i) Over the years, the Indian Parliament has increasingly taken recourse to the committee system(ii) This was not merely meant for housekeeping, to enhance the efficacy of the House to cope with the technical issues confronting it and to feel the public pulse, but also to guard its turf and keep it abreast to exercise accountability on the government.(iii) Some committees such as the Estimates Committee and Public Accounts Committee have a commendable record in this regard.(iv) They were guardians of the autonomy of the House: the committees of scrutiny and oversight, as the case with other committees of the House, are not divided on party lines, work away from the public glare, remain informal compared to the codes that govern parliamentary proceedings, and are great training schools for new and young members of the House(v) Besides the standing committees, the Houses of Parliament set up, from time to time, ad hoc committees to enquire and report on specific subjects which include Select Committees of a House or Joint Select Committees of both the Houses that are assigned the task of studying a Bill closely and reporting back to the House.Some faultlines(i) While there is much to commend about the routine working of the parliamentary committee system in India, it has not been creative or imaginative.(ii) The chairman of the Rajya Sabha and Speaker of the Lok Sabha they cannot distance themselves much from the stance of the Cabinet, they supposed to uphold the autonomy of the house.A gradual marginalization(i) It is important to point out that committees of scrutiny and advice, both standing and ad hoc, have been confined to the margins or left in the lurch in the last few years.(ii) The government has shown extreme reluctance to refer Bills to Select Committees of the Houses or Joint Parliamentary CommitteesConclusion(i) There is no dearth of scholarly literature to suggest that the committee system has greatly enhanced the capacity of Parliament to carry out its mandate.(ii) It does not seem to believe that the primary role of Parliament is deliberation, discussion and reconsideration, the hallmarks of democratic institutions is not doing its jobs up to the marks nowadays.Estimates Committee

(i) The committee shall not have more than 30 members.(ii) The members are elected by proportional representation by means of a single transferable vote.(iii) A Minister cannot be elected to the committee and if after the election a person is appointed a Minister, he ceases to be a member of the committee.(iv) The members are appointed for a period not exceeding one year.(v) The report of the committees is not debated in the House.(vi) The committee keeps on working throughout the year and places its views before the House.(vii) The demand for grants made by the Government does not wait for the report of the Estimates committee.(viii) The Estimates Committee makes a useful suggestion and checks the Government’s extravagance in making demands for the next financial year.

(i) Public Accounts Committee has 22 members of which 15 are from Lok Sabha while 7 from Rajya Sabha.(ii) The members are elected by proportional representation by means of a single transferable vote(iii) Members are elected for one year. A minister cannot be a member of PAC.

Statement 1 is correct
A Minister cannot be elected to the committee and if after the election a person is appointed a Minister, he ceases to be a member of the committee. Try yourself:Q. Consider the following statements:
1. The Social Security Code does not promise social security to gig workers
2. According to the Code on occupational health, a premise without power consisting of 20 workers is considered as a factory
3. The Industrial relation code allows a company to close its operation if it has less than 200 workers