CLAT : The Revolt of 1857 & the Social and Cultural Uprisings CLAT Notes | EduRev

The document The Revolt of 1857 & the Social and Cultural Uprisings CLAT Notes | EduRev is a part of the CLAT Course Static GK for Exam Preparation.
All you need of CLAT at this link: CLAT 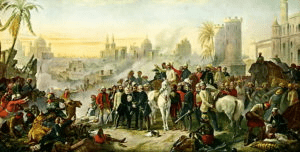 IMPACT OF THE REVOLT