The document Theory & Procedure, Force on a Current Carrying Conductor in a Magnetic Field Class 10 Notes | EduRev is a part of the Class 10 Course Science Class 10.
All you need of Class 10 at this link: Class 10

To study the force on a current-carrying straight conductor in a magnetic field and to verify that the motion of the conductor is according to Fleming’s left-hand rule. 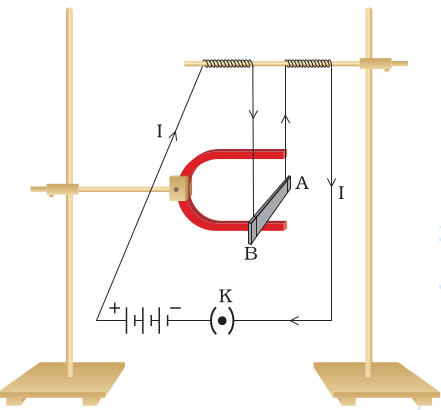 Fig. (1) -  A current-carrying rod, AB, experiences a force perpendicular to its length and the magnetic field On passing current through a straight conductor (aluminium rod) kept in a magnetic field, the conductor gets displaced upward or downward.