The document Theory & Procedure, Refraction of Light in Rectangular Glass Slab Class 10 Notes | EduRev is a part of the Class 10 Course Science Class 10.
All you need of Class 10 at this link: Class 10 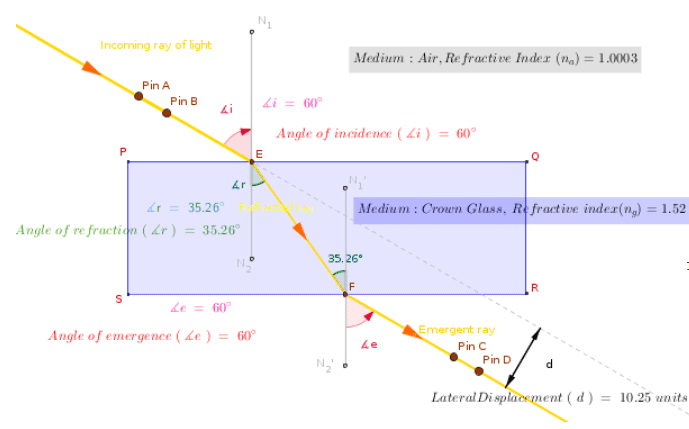