Dimensionally it is equal to pressure.  Thus it is also called internal pressure (π).We know that

Comparison of Isothermal and Adiabatic Expansions: Let us consider isothermal and adiabatic expansio ns of an ideal gas from initial volume Vi and pressure Pi to a commo n final vo lume Vf.  If Piso and Padia are final pressure, then 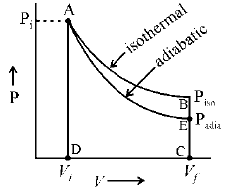 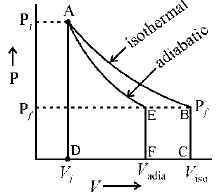 For the vendor walls gas,

Comparison of Work of Expansion of an ideal gas and a real gas.We know that