The document Triangles, NCERT Solutions, Class 9, Maths Class 9 Notes | EduRev is a part of Class 9 category.
All you need of Class 9 at this link: Class 9

Theorem 1. : If a ray stands on a line, then the sum of the adjacent angles so formed is 180°.
Given: The ray PQ stands on the line XY. 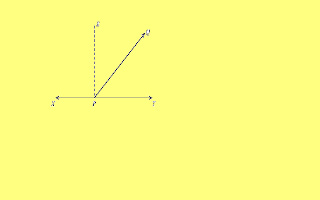 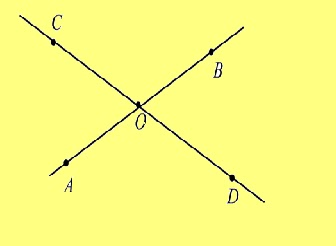 Given: Two lines AB and CD intersect at the point O
To prove: m∠AOC = m∠BOD, m∠BOC = m∠AOD.
Proof: The ray OB stands on the line CD. 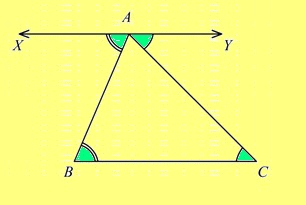 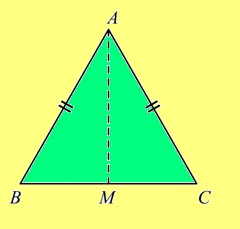 To prove: ∠B = ∠C.
Construction: Mark the mid point of BC as M and join AM.
Proof: In the triangles AMB and AMC
(i) BM = CM (ii) AB = AC (iii) AM is common.
∴ By the SSS criterion, ΔAMB ≡ ΔAMC.
∴ Corresponding angles are equal. In particular, ∠B = ∠C.
Hence the theorem is proved. 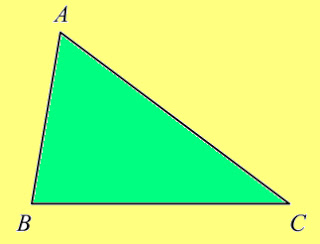 To prove: The length of the side AC is longer than the length of the side AB.
i.e., AC > AB (see Figure 6.56).
Proof: The lengths of AB and AC are positive numbers. So three cases arise
(i) AC < AB
(ii) AC = AB
(iii) AC > AB
Case (i) Suppose that AC < AB. Then the side AB has longer length than the side AC. So the angle ∠C which is opposite to AB is larger measure than that of ∠B which is opposite to the shorter side AC. That is, m∠C > m∠B. This contradicts the given fact that m∠B > m∠C. Hence the assumption that AC < AB is wrong.
∴AC < AB.
Case (ii) Suppose that AC = AB. Then the two sides AB and AC are equal. So the angles opposite to these sides are equal. That is ∠B = ∠C. This is again a contradiction to the given fact that ∠B > ∠C. Hence AC = AB is impossible. Now Case (iii) remains alone to be true.
Hence the theorem is proved.
Theorem 6. : A parallelogram is a rhombus if its diagonals are perpendicular.
Given: ABCD is a parallelogram where the diagonals AC and BD are perpendicular.
To prove: ABCD is a rhombus. 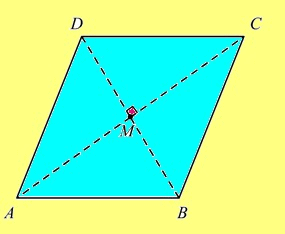 Construction: Draw the diagonals ACand BD. Let M be the point of intersection of AC and BD (see Proof: In triangles AMB andBMC,
(i) ∠AMB = ∠BMC = 90°
(ii) AM = MC
(iii) BM is common.
∴ By SSA criterion, ΔAMB ≡ ΔBMC.
∴Corresponding sides are equal.
In particular, AB = BC.
Since ABCD is a parallelogram, AB = CD, BC = AD.
∴ AB = BC = CD = AD.
Hence ABCD is a rhombus. The theorem is proved.
Theorem 7:Prove that the bisector of the vertex angle of an isosceles triangle is a median to the base. 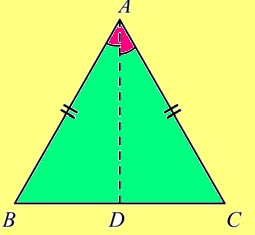 Solution: Let ABC be an isosceles triangle where AB = AC. Let AD be the bisector of the vertex angle ∠A. We have to prove thatAD is the median of the base BC. That is, we have to prove that D is the mid point of BC. In the triangles ADB and ADC,
we have AB = AC, m∠BAD = m∠DAC AD is an angle (bisector), AD is common.
∴ By SAS criterion, ∠ABD ≡ ΔACD.
∴ The corresponding sides are equal.
∴ BD = DC.
i.e., D is the mid point of BC.
Theorem 8 Prove that the sum of the four angles of a quadrilateral is 360°. 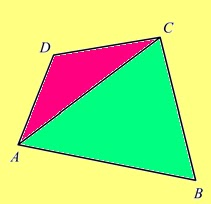 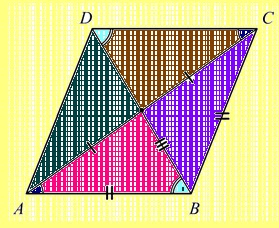 Solution: Let ABCD be a rhombus, Draw the diagonals ACand BD. Let them meet at O. We have to prove that O is the mid point of both AC and BD and that AC is perpendicular (⊥) to BD. 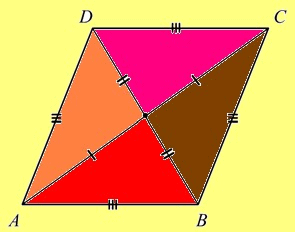