1) Chair P, from Design Solutions, cost $60 per chair.  Chair Q, from Seat Unlimited, costs $90 per chair.  An office manager often has to buy several chairs to stock the floor space of new offices.   On one occasion, she orders p of chair P, and q of chair Q.  The average cost of a chair would be

In the table, select a value for p and a value for q corresponding to an average cost per chair of $70.  Make only two selections, one in each column. 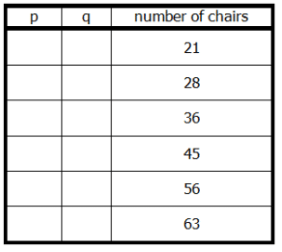 The WRONG approach would be to start trying to figure out what pairs of numbers would satisfy the fraction in this form.  That would take more than ten minutes!  Instead, algebraically simplify.  First, multiply by the denominator (p + q)70(p + q) = 60p + 90q70p + 70q = 60p + 90q10p + 70q = 90q10p = 20qp = 2qRight there, that’s the simple relationship we need.  The number p has to be double of the number q.  The only pair of numbers in this set that fit this relationship are p = 56 and q = 28.2) A contractor is hired to construct two concrete retaining walls for the city: Harrison Wall and Jackson Wall.  As part of his budget, he needs to calculate the cost of the concrete he will use.   For raw materials for the concrete, he has to pay $9.75 per cubic meter of concrete. Harrison Wall will be 35 cm thick, and will have dimensions of 11.5 m long and 8.1 m high.   Jackson Wall will be 50 cm thick, and will have dimensions of 31.0 meter long 11.8 m high.In the table, select the value that the closest to the cost of the concrete for Harrison Wall as well as the cost of the concrete for Jackson Wall.  Make only two selections, one in each column. 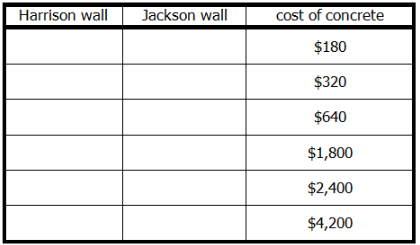 Solution: This is a problem screaming out for estimation.   Don’t touch the IR calculator at all — the calculator will be a HUGE waste of time on this question.   Here’s our estimation: Choice (A) is irrelevant.  The focus of the question is about time spent grading, so time spent meeting with students is outside of the focus of the question.Choice (B) is irrelevant.  We have absolutely no indication that teaching different grade levels would involve more or less time spend grading papers,  so there is no clear connection between this statement and the thrust of the argument.Choice (C) is vague, making an appeal to what most schools do.  If most of the other schools have equal pay for teachers of all subjects, then maybe those schools are doing things the fair way, and this argument is wrong; or maybe the argument about Ashcroft recognizes a fundamental inequity that is not recognized at most other school, and Ashcroft will, by its shining example, usher in a new era of workplace equality.   Just because one place is considering doing things differently from the way everyone else does them does not necessarily indicate who is right.Choice (D) points out a flaw.  If Science teachers spent a great deal of time grading lab reports, then it definitely wouldn’t be fair for English and History teachers to get more pay for grading, but not the Science teachers.  This is a weakener.Choice (E) is irrelevant.  If one pay system or another is the fair and right thing to do, it doesn’t matter who makes the decision to implement it.   Furthermore, it sounds as if the union is interesting in basing pay on “merit”, which is a different criterion than the one supported in the argument.Choice (F) is a strengthener.  If this is true, then indeed, pay reflects hours of work, and so if the English and History teachers do work many more hours because of all the grading they have, then they would get paid accordingly.   This is a strengthener.

4) The area of a triangle, in square meters, is 7/3 times the height in meters, and it is also 13/5 times the base, in meters.In the table below, select a value for the height and value for the base, where both are measured in meters, so that the two values are jointly consistent with the information provided.  Make only two selections, one in each column. 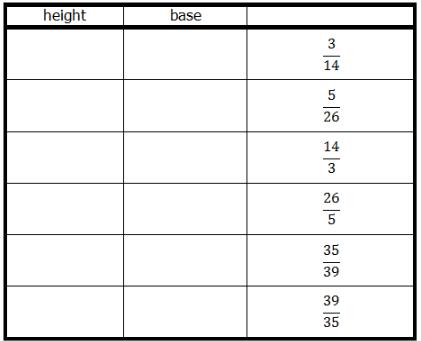 The second statement, in math symbols:

In the table below, select values of D, the distance below the initial height at t = 2 seconds, and v, the downward speed at t = 5 seconds, that are consistent with the information provided.   Make only two selections, one in each column. 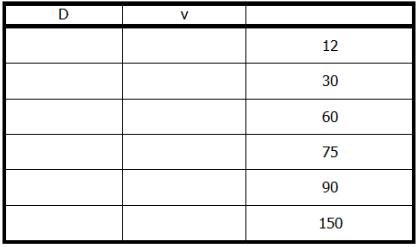 That is the speed at time t = 5 seconds.   The object has been increasing speed at a uniform rate from 0 to 30, so for the speed at t = 2 seconds, we can set up a proportion.

If that’s the speed at time t = 2 seconds, then the average speed over the first two seconds is

If the object moved downward at an average speed of 6 meters/second for 2 seconds, then it covers 12 meters.v = 30

D = 126) Highway commissioner: at the present time, the forty mile stretch of interstate highway from the town of Hillsborough to the city of West Fredericksport is clogged every weekday with commuter who live in Hillsborough and work in West Fredericksport.   Our department is considering increasing the lanes in this stretch of the interstate highway, and the town of Hillsborough could benefit its citizens by contributing to this highway improvement.Mayor of Hillsborough: we could contribute much more to the well-being of citizens of Hillsborough by investing that same money in a stimulus package to increase the number of jobs here in Hillsborough.Suppose that the highway commissioner’s and mayor’s statements express their genuine opinions.  Select statements (1) and (2) as follows: the highway commissioner would likely disagree with (1), and the mayor would take (2) to present logical support for (1).  Select only two statement, one per column. 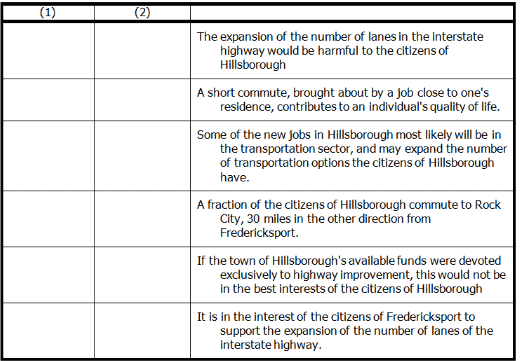