What is a Chemical Reaction?

A chemical reaction is in which the bonds are broken within reactant molecules, and new bonds are formed within product molecules in order to form a new substance.

A chemical reaction, one substance is converted into another by rearrangement of atoms and not by changing elements of one type into another.

Here the atoms are getting rearranged and no new element is formed out of the existing element.

The reactions in which two or more substances combine to form a single new substance are called combination or synthesis reactions.

The reaction in which a single compound breaks up into two or simpler substances is known as the Decomposition reaction.

Decomposition reactions can be classified into three types:

The decomposition of a compound with light is called Photolysis. The above reactions are used in black and white photography.

Try yourself:Which of the following is not a decomposition reaction?
Explanation

Option a, b, d are the decomposition reactions as the reactant is getting divided into various products. However, in Option c, 2 reactants are combining to form a single product, hence it's a combination reaction.

The chemical reactions in which one element takes the place of another element in a compound are called Displacement Reactions.

In this reaction, iron has displaced copper from copper sulphate solution.

Question 1: In the refining of silver, the recovery of silver from silver nitrate solution involved displacement by copper metal. Write down the reaction involved.

Try yourself:Which of the following is a displacement reaction?
Explanation

The reactions in which two compounds react to form two different compounds by mutual exchange of ions are called double displacement reactions.

Example of Double Displacement ReactionExample: On mixing a solution of barium chloride with sodium sulphate, a white precipitate of barium sulphate is immediately formed. These reactions are ionic in nature. The reactants change into ions when dissolved in water and there is an exchange of ions in solution. This results in the formation of product molecules.

A chemical reaction that involves the formation of an insoluble product (precipitate; solid) is called a Precipitation reaction. 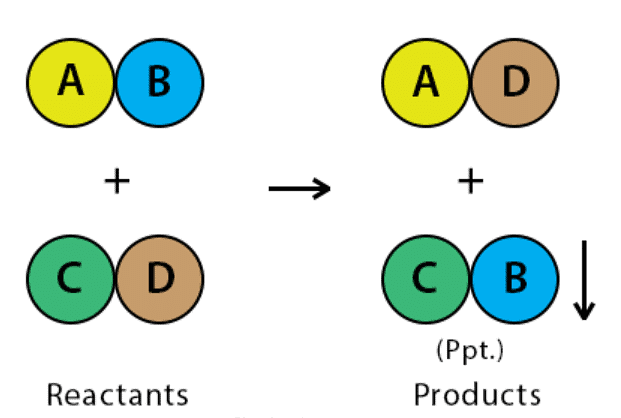 When mixed, a double displacement reaction takes place, forming the soluble compound NaNO3 and the insoluble compound AgCl. In the reaction vessel the Ag+ and Cl− ions combine, and a white solid precipitated from the solution. As the solid precipitates, the Na+ and NO3− ions remain in the solution.The overall double displacement reaction is represented by the following balanced equation:

When an acid reacts with a base to form salt and water by the exchange of ions.

What is an Oxidising agent?

What is a Reducing agent? 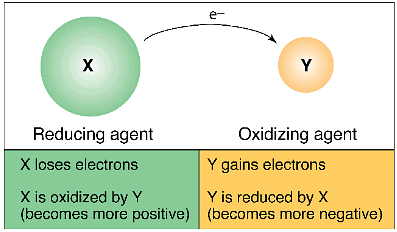 Those reactions in which oxidation and reduction (both) occur simultaneously are called Redox reactions.

Try yourself:Which of the following statements about the given reaction are correct ?
3Fe(s) + 4H2​O(g) → Fe3O4​(s) + 4H2(g)
(i) Iron metal is getting oxidised.
(ii) Water is getting reduced.
(iii) Water is acting as reducing agent.
(iv) Water is acting as oxidising agent.
Explanation
View Solution
Question 2:  A shiny brown coloured element 'X' on heating in the air becomes black in colour. Name the element 'X' and the black coloured compound formed.

An element of heating in air changes in its oxide. The brownish element which forms black oxide is copper. The name of the element is Copper (Cu)Name of black compound: Copper(II) oxide, (CuO)Reaction:

There are two common effects of oxidation reactions areas:

Corrosion is the process of deterioration of metals as a result of its reaction with air, moisture, and acids (Present in the environment) surrounding it. 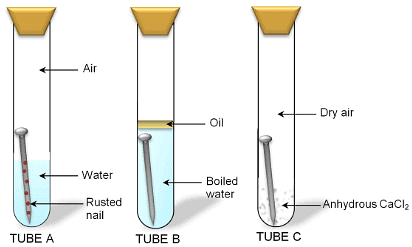 The corrosion causes damage to buildings, bridges, ships and many other articles specially made of iron.

Iron corrodes readily when exposed to moisture and gets covered with a brown flaky substance called rust. 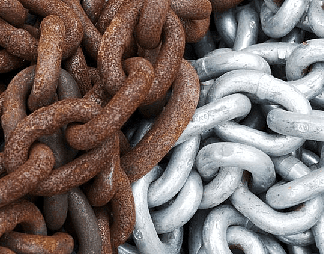 This is called rusting of iron, Rust is a hydrated iron (III) oxide Fe2O3· 2H2O.

Rusting of iron takes place under the following conditions:

It has been observed that:

Methods used to prevent Rusting of Iron are as follows: 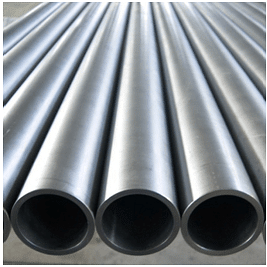 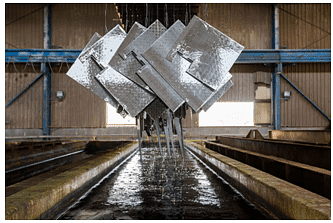 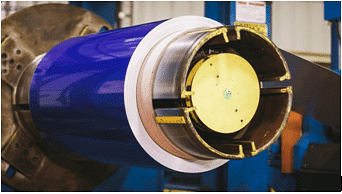 Other examples of Corrosion are 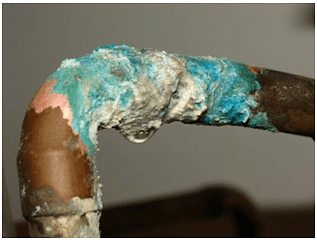 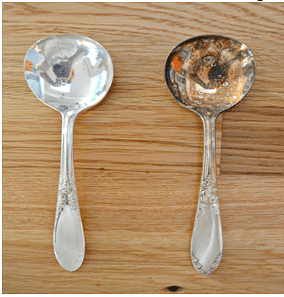 Fresh foods containing fats and oils smell and taste pleasant but when they remain exposed to the air for a long time, smell and taste change to unpleasant. It is said that food has become rancid. 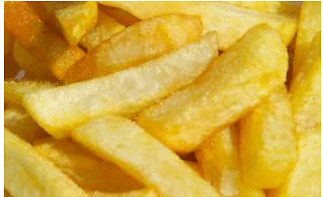 The two common antioxidants are: 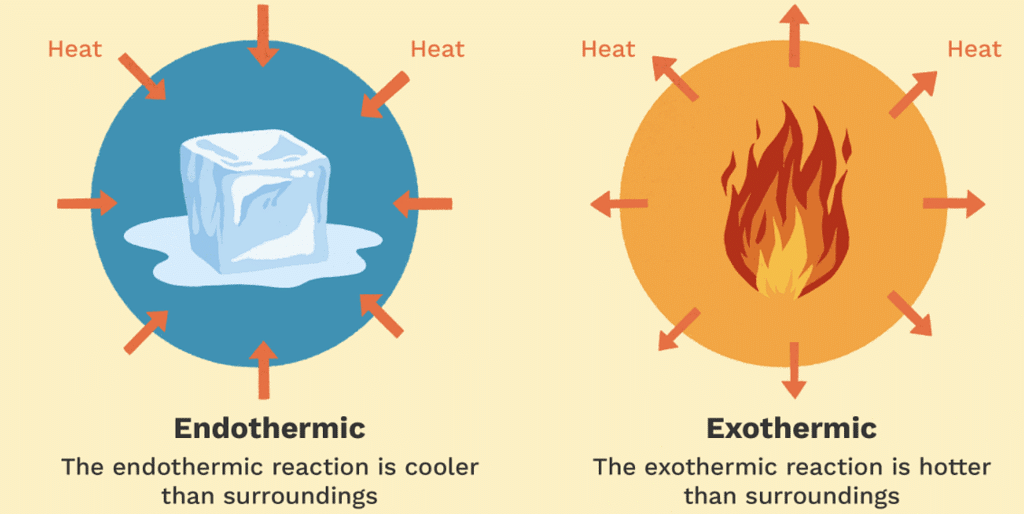 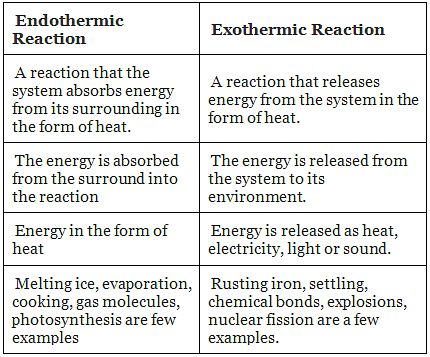 Difference Between Endothermic and Exothermic Reactions

Q.1: What is the method of balancing chemical equation?Ans: Hit and trial method is used for balancing simple chemical equations. In this method, coefficients before the symbols/formulae of the reactants and products are adjusted in such a way that the total number of atoms of each element on both the sides becomes equal.

Q.2: In the equations given below, state giving reasons, whether substances have been oxidised or reduced.(i) PbO + CO –> Pb + CO2(ii) H2S + Cl2–>2HCl + S.Ans:(i) Carbon monoxide is oxidised as it gains oxygen.(ii) Chlorine is reduced as it gains hydrogen.

Q.3: What are the different ways can make more informative about the chemical equation?