The document Types of Combustion Class 8 Notes | EduRev is a part of the Class 8 Course Science Class 8.
All you need of Class 8 at this link: Class 8

Combustion can be divided into three types – rapid combustion, spontaneous combustion and explosion. Combustion in which a substance burns rapidly and produces heat and flame is known as rapid combustion, such as combustion of natural gas, LPG, petrol etc. This is usually attained by introducing external heat. Substances which undergo rapid combustion have lower ignition temperature. 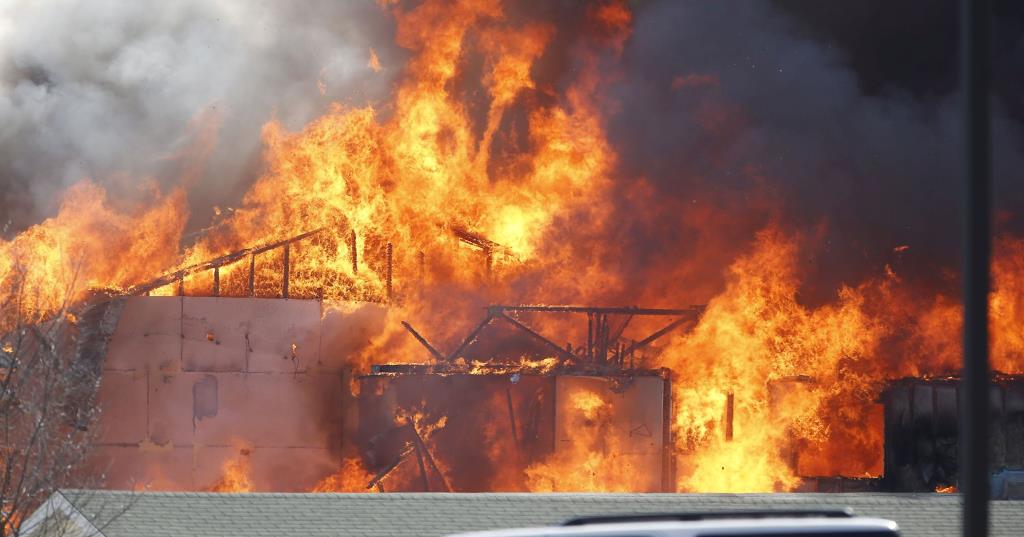 When combustion is accompanied by sudden production of heat, sound and large amount of gas, it is called explosion. Firecrackers and bombs are substances which show explosion.

Fuels which burnt with flame are used to produce light. Kerosene, wax, wood, etc. burn with flame as they vapourise during burning.

Coal and coke do not vaporize while burning and hence do not produce flame. 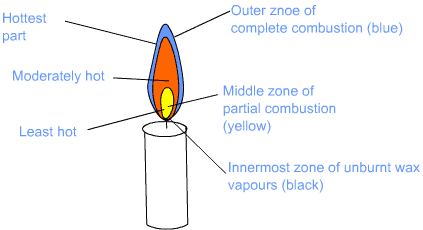 Middle zone: Zone in the middle of the flame is called the middle zone. Middle zone of flame is moderately hot and of yellowish colour. In this zone, fuel burns partially. Middle zone is the luminous zone, because partial combustion of carbon produces glow.

Outer zone: Outer zone of flame is of bluish colour and the hottest part of the flame. In this zone, fuel is completely burnt. Because of complete combustion, it gives bluish colour. Since, no fuel is considered as an ideal fuel, thus they do not undergo complete combustion and produce unwanted substances. These substances have harmful effect on the humans and the environment. Some of the harmful effects of burning of fuel are as follows: (b) Incomplete combustion of carbon fuels produces carbon monoxide. Carbon monoxide is a poisonous gas which may kill a person.

(d) Burning of coal and diesel produce sulphur dioxide. Burning of petrol gives oxide of nitrogen. When these gases mix with rainwater, acids are formed. These acids fall along with rainwater and this is called acid rain. Acid rain is harmful for animals and plants. Acid rain is also harmful for buildings and monuments. The famous Taj Mahal has lost much of its sheen because of acid rain.

CNG is considered as a cleaner fuel. It releases harmful products in very small amount. Now-a-days CNG is being used to run vehicles in many towns, such as Delhi, Ahmadabad and Mumbai. This has helped in reducing the level of pollution.