The document Types of Diseases Class 9 Notes | EduRev is a part of the Class 9 Course Science Class 9.
All you need of Class 9 at this link: Class 9

Signs and symptoms of a disease

Signs and symptoms help in the diagnosis of a disease Diagnosis means the process of identifying a disease. In many case doctor also needs the help of laboratory tests of blood, urine, stool etc and diagnostic images like x rays to diagnose a disease. 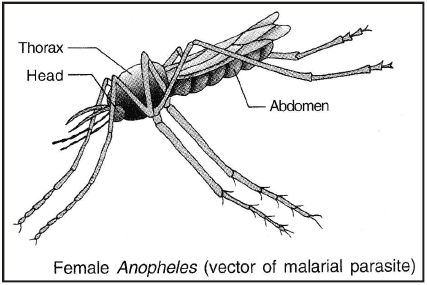 A disease that occurs suddenly and lasts for a short period of time is called an acute disease e.g. common cold Malaria disease.

A disease that lasts for a long time is called chronic disease e.g. tuberculosis.

Disease and its causeHuman health is affected by various factors causes or sources, these factors can be of two major types :-

(i) Intrinsic or internal factors : Factors inside the body or within the body.

(ii) External or extrinsic factors : Factors out side the body. Some diseases are spread by sexual contacts or blood transfusions animals can also carry infectious agents.

Organ specific and Tissue specific ManifestationsDifferent species of microbes enters through various points of body and there are many possible places organs or tissues where they could go.

If they enter from the air via nose, they are likely to go to the lungs. If they enter through the mouth they can stay in gut lining.

The signs and symptoms of a disease will thus depend on the tissue or organs which the microbes target. 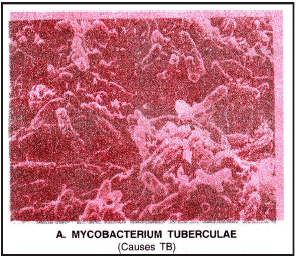 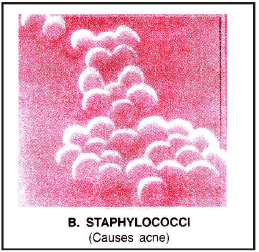 Toxins released by Escherichia coli cause mild diarrhoea to severe dehydration.Shigellosis, caused by Shigella, is characterised by frequent passage of stools with blood and mucus and abdominal cramps. CANCER (crab = cancer)Uncontrolled , abnormal and excessive mitotic division of cells is called cancerOncology : Study of cancer is called oncology.Cancerous cells : The abnormal and undifferentiated cells are called cancerous cells.Cancer is a non infections disease but cancer cells spread from one part to another part of body through blood lymph etc.Tumour or Neoplasm : The abnormal tissue that grows continuously forms a tumour. Tumour's are of two types (1) Benign, (2) MalignantCarcinogens : The factor that induce cancer are called carcinogens they include (i) Pollutants (ii) Radiations (iii) Tobacco (iv) Biological agents (v) Mechanical agents.

Symptoms : Initially a lump or swelling or sore development followed by unexplained loss of weight, difficulty in swallowing, Persistent cough etc.Types of cancer depending on the organs affected

(i) Carcinoma : In skin glands, lungs, breast, pancreas and stomach

(iii) Leukemia : Increase in no. of white blood cells.

Metastasis : The stage of cancer in which it becomes malignant and spreads to different body is called metastasis.

Diagnosis can be done by endoscopy and biopsy How does a person get infected with HIV ?This virus is transmitted through blood, semen and breast milk. Thus a person can get HIV by :-

(i) Transfusion of infected blood.

(ii) Sharing of needle with an infected person.

(iii) Having sexual intercourse with an infected person.

(iv) An unborn child can get infection from the mother.

HIV is not contracted by touching an infected person nor can it be contracted by breathing in the virus when patient coughs or sneeze.

The disease may affect the central nervous system which may cause memory loss and difficulty in speaking.

Prevention and control : No drug has been developed to cure AIDS only prevention is cure. A patient is usually given a combination of drug that manage to slow down the progress of that disease. Scientists are working on drugs that promise to cure this disease in the near future.

1. For blood transfusion always use blood which has been screened for HIV.

2. Use of disposable needles and syringes blade or razors

4. Condoms can be used to prevent the transmission of HIV through sexual fluids.

The drug zidovudine (AZT) stops HIV replicating by binding with reverse transcriptase enzyme and blocking its action. But it has a side effect, i.e., it causes anaemia.

Jaundice / HEPATITISHepatitis is a disease in which liver became enlarged.

Note : The yellowing is because of the presence of excessive bilirubin (a bile pigment) in the blood.

(i) Some strains of Hepatitis like hepatitis A is transmitted through contaminated food or water.

General Hepatitis patient need 4 weeks to recover but certain types of hepatitis can cause death.

Prevention and Control : A hepatitis patient is advised to take light food with high carbohydrate and low fat to give rest to the liver An antiviral injection (interferon) controls disease. The patient should take bed rest.

Good sanitation prevent the spread of disease by food and water use clean and hygienic water for drinking. Tested blood should be used for transfusion. use of disposable needle and syrings.

vaccine like A- vaccine, Engerix B, Shenva-B, Enivac-B, Provides immunity against hepatitis A and B.

HEMOPHILIAHemophilia is sex linked hereditary disease. Genes of this disease found on sex chromosomes.Characters : In case of disease blood clots very slow so patient die due to excess of hemorrhage.

While in man the recessive gene can be expressed if present on x chromosome. Due to presence of only one x chromosome and y chromosome in the genotype. Women is known as a carrier, she herself does not show the symptoms but pass the gene to off spring.

Colour blindness/ DaltonismIt is a recessive sex linked defect in which human beings are unable to distinguish red and green colour. Its genes are also situated on sex chromosome X. In colour blindness womens are found generally as carrier and men as patients. Heredity of colour blindness is similar to that of hemophilia.

It is a genetic disease that leads to synthesis of defective subunits of haemoglobinBlood of a sufferer child have to change frequently. Cause of this disease is a recessive gene. only a homozygous child with recessive gene shows the symptoms and heterozygous remains normal.

is released from the infected and dying host cells. On reaching the un infected cells, IFN makes them resistant to the virus infection. Interferon have been proved to be effective in treating influenza and hepatitis.

ImmunizationStimulating the body to produce antibodies by artificial means is known as Immunization.For competitive exams 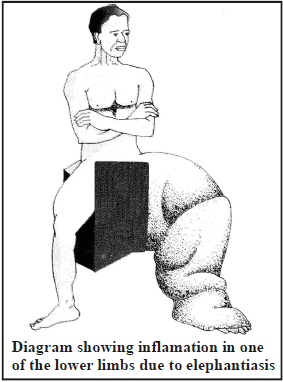 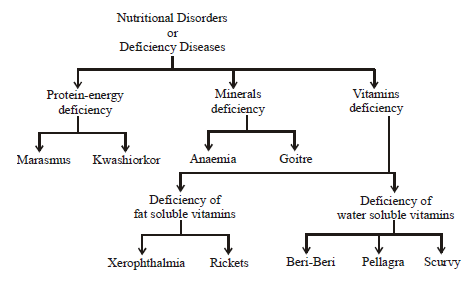