What does the word function stand for? By the word function, we understand the responsibility or role one has to play. What is the function of the leaves of plants – to prepare food for the plant and store them? What is the function of the roots of plants? They absorb water and other nutrients from the ground and supply it to the plants and help them stand erect. Can we say that everyone has different types of functions? Let’s learn about some types of function in mathematics!

Types of FunctionsWe have already learned about some types of functions like Identity, Polynomial, Rational, Modulus, Signum, Greatest Integer functions. In this section, we will learn about other types of function.

Onto FunctionIf there exists a function for which every element of set B there is (are) pre-image(s) in set A, it is Onto Function. Onto is also referred as Surjective Function.

Other Types of FunctionsA function is uniquely represented by its graph which is nothing but a set of all pairs of x and f(x) as coordinates. Let us get ready to know more about the types of functions and their graphs.

Identity FunctionLet R be the set of real numbers. If the function f: R→R is defined as f(x) = y = x, for x ∈ R, then the function is known as Identity function. The domain and the range being R. The graph is always a straight line and passes through the origin.

Constant FunctionIf the function f: R→R is defined as f(x) = y = c, for x ∈ R and c is a constant in R, then such function is known as Constant function. The domain of the function f is R and its range is a constant, c. Plotting a graph, we find a straight line parallel to the x-axis. 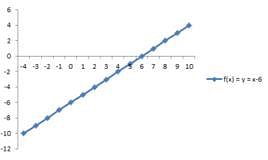 Quadratic Function: If the degree of the polynomial function is two, then it is a quadratic function. It is expressed as f(x) = ax2 + bx + c, where a ≠ 0 and a, b, c are constant & x is a variable. The domain and the range are R. The graphical representation of a quadratic function say, f(x) = x2 – 4 is 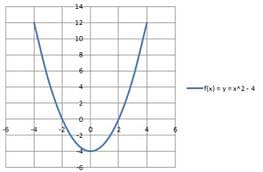 Rational FunctionA rational function is any function which can be represented by a rational fraction say, f(x)/g(x) in which numerator, f(x) and denominator, g(x) are polynomial functions of x, where g(x) ≠ 0. Let a function f: R → R is defined say, f(x) = 1/(x + 2.5). The domain and the range are R. The Graphical representation shows asymptotes, the curves which seem to touch the axes-lines. 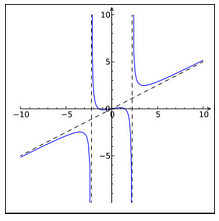 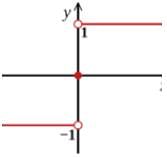 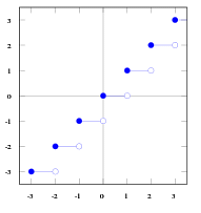 Solved Example for YouQuestion: Which of the following is a function?