*Linear arrangement – HorizontalThis type of puzzle is easy to solve, the difficulty level increases with the number of subjects seating in the same line along with directions.Nine persons Anu, Bablu, Cheenu, Dona, Esha, Faria, Gaurav, Harish and Ishita are sitting in a row and all are facing north. It is known that Cheenu sits exactly in the middle and there is no person to the right of Ishita. Dona is fourth to the right of Faria. Gaurav and Harish are sitting next to each other. Esha is the neighbour of Dona but not of Cheenu. Harish doesn’t sit at an extreme corner. Dona is not sitting adjacent to either Cheenu or Ishita. Anu is second to the right of Harish.Solution:

The circular arrangement puzzles can be inward or outward-facing type, inward + outward in the same case, inward + outward with Blood Relations.Eight persons – Navya, Farukh, Ankur, Mangal, Ravan, Danav, Simar, and Gopal are seated around a circular table such that only three of them are facing away from the centre and the rest are facing towards the centre (not necessarily in the same order). Navya sits second to the left of Ankur. Farukh is not an immediate neighbour of both Ankur and Navya. One of the immediate neighbours of Ankur faces the opposite direction of Ankur. Gopal sits third to the left of Navya. Danav sits second to the left of Gopal. Mangal is not an immediate neighbour of Farukh. Simar sits third to the left of Mangal. Ravan and Farukh face the same direction as Mangal faces. Farukh doesn’t sit opposite to both Ankur and NavyaSolution: 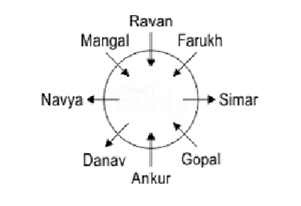 You can easily solve this type if you are comfortable with Circular.Eight students Aadvik, Tanish, Jiral, Vaibhav, Yashith, Bhavin, Rithwik and Kiansh sit in a square table. Four persons sit in each corner of the table and four persons sit in each side of the table but not necessarily in the same order. All are facing outside. Aadvik is the immediate neighbour of Kiansh. Bhavin does not sit third to the left of Tanish who doesn’t sit at the corner. Bhavin sits fourth to the right of Yashith. There are three persons who sit between Tanish and Jiral. Jiral sits third to the left of Vaibhav. One person sits between Jiral and Kiansh. Rithwik and Kiansh are not immediate neighbours.Solution: 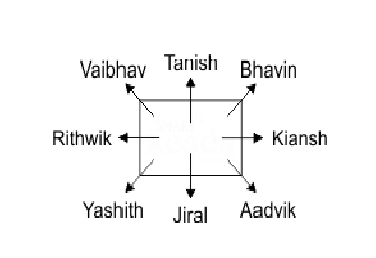 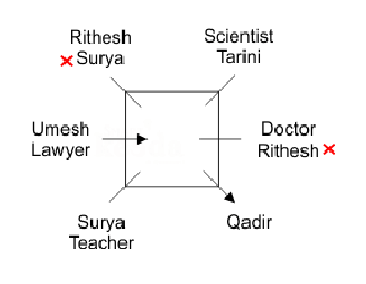 *Linear arrangement – VerticalSeven boxes namely K, Y, T, W, P, C and R are placed one above the other in the rack but not necessarily in the same order. The lowermost rack is numbered as one and above is two and so on. Box Y is placed immediately below Box P. Only one box is placed between the Box R and Box W. Box P is placed in the even-numbered rack above the rack three. Box C is placed immediately above Box W. Box T is not placed above Box K. Neither Box K nor Box T is placed in the lowermost rack. Only three boxes are placed between Box Y and Box R.Solution: 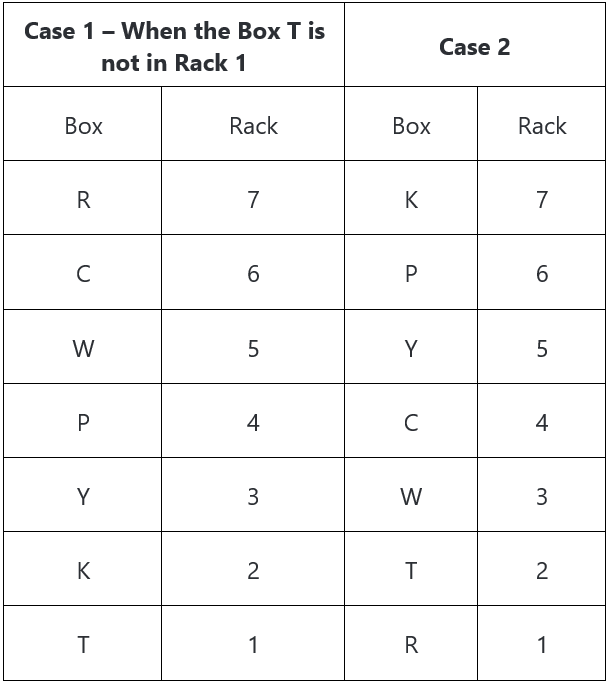