The set is a well-defined collection of definite objects of perception or thought.

Types of SetThere are many types of set in the set theory:

If a set contains of only one element it is called to be a singleton set. 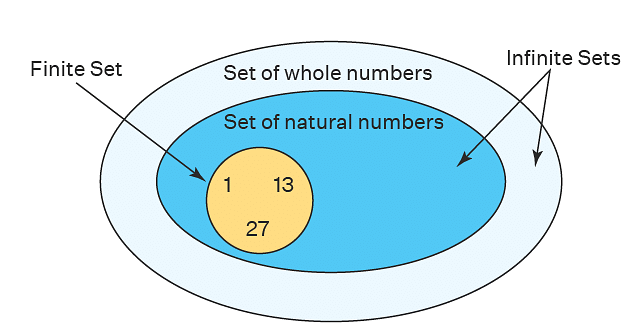 It is an infinite set as there are infinitely many real number between any two different real numbers.

Any Set that does not contain any element is called the empty or null or void set. The symbol used to represent an empty set is – {} or φ (called phi).

A set S is said to be a subset of set T if the elements of set S belong to set T, or you can say each element of set S is present in set T. Subset of a set is denoted by the symbol (⊂) and written as S ⊂ T and  T is the superset of set S(T ⊇ S). 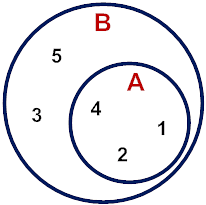 In the given Venn diagram, A is the subset of set B.7. Equivalent Sets

Equivalent sets are those which have an equal number of elements irrespective of what the elements are .

Question for Types of Set
Try yourself:Subset of the set A = {} is?
Explanation

Two sets are disjoint sets if there are no common elements in both sets.

Power set of a set is defined as a set of every possible subset. It is denoted by P(A).

If the cardinality of A is n then the Cardinality of the power set is 2n as every element has two options either to belong to a subset or not.

Any set which is a superset of all the sets under consideration is said to be universal set and is generally denoted U. 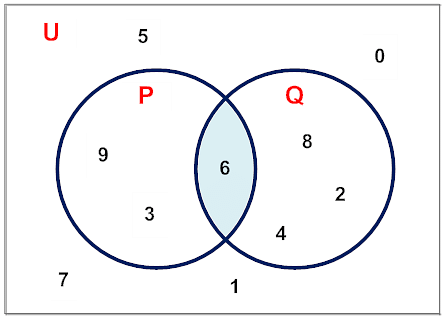 The universal set is represented by the letter U.

Solved Examples for You