The document Value Based Questions - Quadratic Equations Class 10 Notes | EduRev is a part of the Class 10 Course Class 10 Mathematics by VP Classes.
All you need of Class 10 at this link: Class 10

Q1. Rahul plans to grow organic vegetables in a 100 sq. m rectangular plot. He has only 30 m of barbed wire which can fence its three sides. Fourth side of his plot touches Rehaman's compound wall. He requests Rehaman to allow his compound wall be used as fencing to his plot.(a) Find the dimensions of the plot.(b) Which mathematical concept is used in above problem?(c) By allowing the compound wall to act as fencing, which value is depicted by Rehaman? 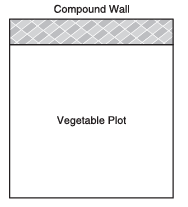 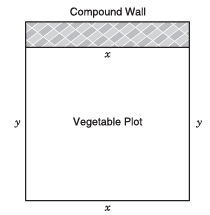 Thus,(a) The dimensions of the plot are: 10m, 10m or 20m, 5m.(b) Quadratic Equations(c) Co-operation.Q2. A shopkeeper buys a certain number of books from a publisher for Rs 80. The publisher gives him 4 more books for the same amount with a condition that the shopkeeper would donate ₹ 1 per book to an orphanage.(a) How many books did he buy?(b) Which mathematical concept is used in this problem?(c) By allowing ₹ 1 per book towards an orphanage, which value is depicted by the publisher?

Since the shopkeeper donates Rs 1 per book to an orphanage.∴

Thus,(a) Number of books bought = 16(b) Quadratic Equations(c) CharityQ3. Radha wants to buy a piece of cloth for Rs 200. She bought another 5m piece of cloth for donation to a blind school. For this, the shopkeeper reduces the cost by Rs 2 per metre such that the total cost remains the same (Rs 200).(a) What is the original rate per metre?(b) Which mathematical concept is used in the above problem?(c) By donating a piece of cloth to the blind school, which value is depicted?Sol. Let the original length of cloth = ‘x’ metres

∴ The new rate is Rs 2 less than the original rate∴

(a) Find the distance difference in the above two options.(b) Which mathematical concept is used in the above problem?(c) By choosing the option(i), which value is depicted by Ranjeet? 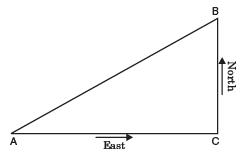 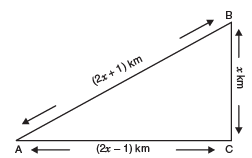 Number of students having a nature walk = 16

Number of students who opted for tree plantation = √x

Solving the above equation, we get x = 64∴  Required number of students = 64Values: (i) Helping the old age persons(ii) Loving & protecting nature.