Stress Distribution in The Soil

At a point within a soil mass, stresses will be developed as a result of the soil lying above the point and by any structural or other loading imposed onto that soil mass.

Stress in the soil may be caused by:

Methods have been developed to estimate the vertical stress increment in sub-soil considering the shape of the surface loading area. 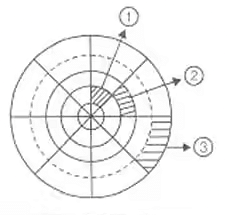 Q. A concentrated load of 22.5 KN acts on thee surface of a homogeneous soil mass of large extent. Find the stress intensity at a depth of 15 metres and (i) directly under the load, and (ii) at a horizontal distance of 7.5 metres. Use Boussinesq's equations.Ans: According to Boussinesq's theory,