Using the concept of virtual displacements, and virtual work, we can derive the equations of motion of lumped parameter systems.

Here number of degrees of freedom =1 Co-ordinate to describe the motion is x Now consider free-body diagram, at some time t 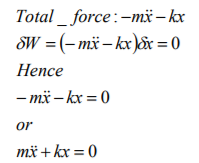 General one degree of freedom system If q1 is the co-ordinate used to describe the movement then the general form of δW is as follows: 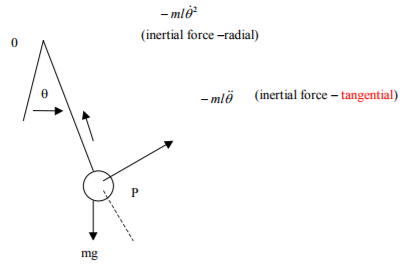 This is another one degree of freedom system. During a virtual displacement, δθ, the virtual work done is