Note:➢ This tool enables processing and tracking of notes put up by various offices digitally.➢ The bank for this initiative has customised SharePoint, one of the features of Microsoft Office.➢ The Bank also launched ‘Ind Guru’, an e-learning platform for its employees.2. E-commerce marketplace, Flipkart has launched a cyber insurance cover for online financial frauds with which general insurance company ______ Bajaj Allianz General Insurance.Note:➢ The product, ‘Digital Suraksha Group Insurance’, will help customers who want to cover themselves against financial losses caused as a result of cyber attacks, cyber frauds, or other such malicious activities across various online platforms.3. Which become the first bank to implement the new feature of document embedding facility with Letter of Credit/Bank Guarantee messages over Structured Financial Messaging System (SFMS) platform of Indian Financial Technology and Allied Services (IFTAS) ______ IDBI Bank.

Note:➢ The process would be conducted via a middleware application “i@Connect-SFMS (CSFMS) developed by IDBI Intech.➢ This new feature of “document embedding” provides banks with the functionality of transmitting a “pdf” document up to 1MB size along with the LC / BG messages.➢ Through this feature, there will be the transmission of digitally signed documents which ensure the reliability of the transaction.4. Which e-wallet company announced to launch ‘mini app’ store for Indian developers ______ Paytm.Note:➢ The mini apps are a custom-built mobile website that give users app-like experience without having to download them.➢ Paytm will add a new section on its main application wherein these mini apps will be listed and can be accessed by Paytm app users.5. Which bank has introduced a Kisan credit card loan scheme for fishermen in Tamil Nadu ______ Indian Bank.Note:➢ The features of the scheme include the availability of revolving credit up to ₹2 lakh, 7 per cent interest rate, interest subvention of 3 per cent for those who repay the loan within a period of one year.➢ The loan can be renewed once in a year. There is no restriction on the number of credit and debit transactions.6. Which bank has launched a financial inclusion and literacy initiative called ‘Gram Sampark Abhiyan’ ______ Punjab National Bank.Note:➢ The nationwide campaign was launched by Minister of Agriculture and Farmers Welfare Narendra Singh Tomar.➢ The campaign is centred on four key themes: digital, credit, social security and financial literacy, that will encapsulate various activities and prescribes the cherished theme of ‘Aatmanirbhar Bharat’.7. Which bank has launched ‘MSME Prerana’ to support small businesses  ______ Indian Bank.Note:➢ ‘MSME Prerana' will train entrepreneurs in business skills, communication, credit assessment.➢ The programme was launched by Finance Minister Nirmala Sitharaman that aims to support 1,500 entrepreneurs across India in small businesses.➢ The programme will begin in Tamil for the Coimbatore clusters of Indian Bank and later spread across the country.8. Which Indian multinational company has signed a memorandum of understanding with Council of Scientific & Industrial Research (CSIR) to collaborate in the area of Carbon Capture, Utilisation & Storage (CCUS)  ______ Tata Steel.

Note:➢ As per MoU, they will work towards accelerating development and deployment of CCUS technologies in the steel industry.➢ These technologies would expedite the transition to a decarbonised economy in other carbon-intensive sectors like Power, Cement, and Fertilizer etc.9. What is the ways and means advances (WMAs) limit for the central government set up by the Reserve Bank of India (RBI) for the second half of the fiscal year ______ Rs 1.25 lakh crore.Note:➢ The central bank further said it may trigger fresh floatation of market loans when the government utilises 75 percent of the WMA limit.➢ Meanwhile, the finance ministry said the government will borrow Rs 4.34 lakh crore in the second half of the current fiscal to meet its expenditure requirement amid the COVID-19 crisis afflicting the country’s economy.With this the government revised the borrowing target to Rs 12 lakh crore in May as against Rs 7.8 lakh crore approved in the Budget 2020-21.10. Which bank has entered into a partnership with FMCG major Hindustan Unilever to offer corporate solutions to its trade partners ______ State Bank of India.Note:➢ The partnership aims to make availing of credit easy for channel partners, provides UPI based payment solutions and PoS terminals to retailers & distributors➢ The objective of the partnership is to augment the width of credit and will be beginning a pilot in Mumbai and Bengaluru.11. SBI Card joined hands with which global financial company to offer global benefits and exclusive privileges for consumers in India ______ American Express.Note:➢ Under this agreement, SBI Card’s top-end products SBI Card ELITE and SBI Card PRIME will be available on American Express’ global network.➢ Customers will also get benefits like pre-ticketing access to sporting and entertainment events such as the Wimbledon and the US Open which are presently accessible virtually.12. RBI has deferred the implementation of Basel III provisions amid covid uncertainty to ______ April 1, 2021.Note:➢ In two separate notifications, RBI said it would push back the final tranche of the capital conservation buffer (CCB) and the implementation of net stable funding ratio by six months.➢ RBI had asked banks to build up CCB of 2.5% in stages. The final stage of 0.625% was to be kept from 30 September 2020. This has been deferred to 1 April, 2020.➢ The RBI had earlier deferred the implementation by six months from 31 March 2020.13. Which bank has approved loan for Mumbai metro and for the Delhi-Ghaziabad-Meerut Regional Rapid Transit System (RRTS) project ______ New Development Bank.Note:➢ $241 million loan for the Mumbai metro rail-II project will be used for implementing a metro rail line 6 with a length of 14.47 km in Mumbai➢ A loan of $500 million has been approved for the Delhi-Ghaziabad-Meerut RRTS project.14. Indian Bank has introduced a Kisan credit card loan scheme for fishermen in  ______ Tamil Nadu.Note:➢ The features of the scheme include the availability of revolving credit up to ₹2 lakh, 7 per cent interest rate, interest subvention of 3 per cent for those who repay the loan within a period of one year.➢ The loan can be renewed once in a year.➢ There is no restriction on the number of credit and debit transactions.

1. Famous personality Dr G S Amur passed away recently, he was associated with which profession ______ Writing.Note:➢ Veteran writer and critic Dr G S Amur passed away. He was proficient in Kannada and English languages.➢ He had won many awards including Sahitya Akademi Award, Rajyotsava Award and Bharatiya Bhasha Award2. Renowned personality Pushpa Bhave passed away in Mumbai following a prolonged illness, she was a veteran ______ Social Activist. Note:➢ She has been associated with the Rashtra Seva Dal and democratic movements since her student days.➢ She was also an academician and an intellectual, who fought for the rights of common citizens.➢ During the Emergency, she had offered her home as shelter to underground political workers.3. Renowned politician Pradeep Maharathy passed away, he was former minister of which state ______ Odisha.Note:➢ He was elected to the Assembly from the Pipili constituency consecutively seven times from 1985 till last Assembly elections in 2019.➢ Before joining the ruling Biju Janata Dal in 2000, he was in Janata Dal and a staunch follower of former Chief Minister Biju Patnaik.4. Justice Anantkumar Surendraray Dave passed away recently, he was former acting Chief Justice of ______ Gujarat High Court.Note:➢ Justice Dave was appointed as a Gujarat High Court Judge in 2004 and was made permanent in 2006.➢ He was appointed as an Acting Chief Justice of the Gujarat High Court on November 14, 2018 and served until the present Chief Justice Vikram Nath took over the helm in September 2019.5. Renowned personality Mishti Mukherjee passed away recently, he was a famous ______ Actress.Note:➢ Actress Mishti Mukherjee who has featured in many Hindi, Bengali and Telugu films, and music videos has passed away due to renal failure. She was 27.➢ Mukherjee made her Bollywood debut with the 2012 Ranvir Shorey-starrer “Life Ki Toh Lag Gayi” in a guest appearance.6. Renowned personality M. Gopalakrishnan passed recently he was a veteran  ______ Banker.Note:➢ Former chairman-cum-managing director of Indian Bank M. Gopalakrishnan died owing to ill-health at a private hospital. He was 86.➢ Mr. Gopalakrishnan joined Indian Bank as an unpaid officer in 1958. He went on to become its CMD in 1988 and continued in the post till December 1995.In the 1990s, he was a popular figure and was in the news often.7. Renowned personality AV Shetty passed away recently, he was veteran  ______ cardiologist.Note:➢ AV Shetty was acknowledged as the first cardiologist of Dakshina Kannada district. The first open heart surgery in Karnataka, which took place at the government Wenlock Hospital here, was performed under his watch. It was conducted by Dr SR Ullal.

1. The first ever World Postcard Day was celebrated on ______ October 1, 2020.Note:➢ The goal for the World Postcard Day is to bring that joy to as many people as possible.➢ A postcard or post card is a piece of thick paper or thin cardboard, typically rectangular, intended for writing and mailing without an envelope.➢ The study and collecting of postcards is termed deltiology.2. International Coffee Day is observed every year on ______ 1st October. 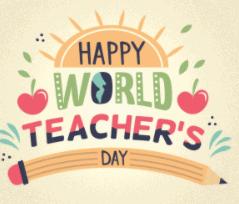 Note:➢ The day provides the occasion to celebrate the teaching profession worldwide, take stock of achievements, and draw attention to the voices of teachers, who are at the heart of efforts to attain the global education target of leaving no one behind.➢ In 2020, World Teachers’ Day will celebrate teachers with the theme “Teachers: Leading in crisis, reimagining the future”. Note:➢ De Croo's French-speaking socialist rival Paul Magnette confirmed that the parties had chosen the 44-year-old finance minister as premier.➢ Belgium has had no governing majority for 21 months since the collapse of former leader Charles Michel's government, and it has been 493 days since federal elections failed to resolve the crisis.4. Who has been appointed as the Chief Financial Officer (CFO) the State Bank of India ______ Charanjit Surinder Singh Attra.Note:➢ State Bank of India (SBI) said Charanjit Surinder Singh Attra has been appointed as Chief Financial Officer (CFO).➢ Before joining the country’s largest public sector lender, Attra was Partner at EY India and senior executive at ICICI Securities.5. Who appointed as the member (s) of the Monetary Policy Committee (MPC) by the Government of India ______ Jayant R Varma, B. Shashank Bhide and C. Ashima Goyal.Note:➢ Their appointments were cleared by the Appointment Committee of the Cabinet chaired by PM Modi.➢ The current MPC was set up by the GoI in 2016 following the finalisation of Monetary Policy Framework Agreement. The framework introduced inflation targeting.➢ The committee consists of six members. Of these three are nominated by GoI as done recently. A Government official cannot be appointed to the committee.6. Who has been appointed as the Director-General of Bureau of Civil Aviation Security (BCAS) ______ M A Ganapathy.Note:➢ The post of BCAS chief fell vacant after Rakesh Asthana was appointed as the Director-General of Border Security Force in August.➢ The Appointments Committee of the Cabinet has approved the appointment of Ganapathy to the post of DirectorGeneral, BCAS, for a tenure up to his superannuation on February 29, 2024.7. Who has been appointed as the new Chairman of State Bank of India for a period of three years ______ Dinesh Kumar Khara.Note:➢ The post was lying vacant after the former Deputy MD & CFO Prashant Kumar, was appointed as the CEO of Yes Bank in March 2020.➢ C Venkat Nageshwar was serving the post on interim capacity.➢ Attra is a former Partner at global consulting firm EY India and had also served as the CFO at the ICICI Securities.8. Who has been appointed as New Information Security Head of Twitter  ______ Rinki Sethi.Note:➢ Twitter Inc appointed Rinki Sethi, a former information security executive at IBM, as its chief information security officer.➢ Sethi had previously worked as the vice president of information security at cyber-security firm Palo Alto Networks Inc.